Ukraine accuses Russia of even stealing bicycles from the population 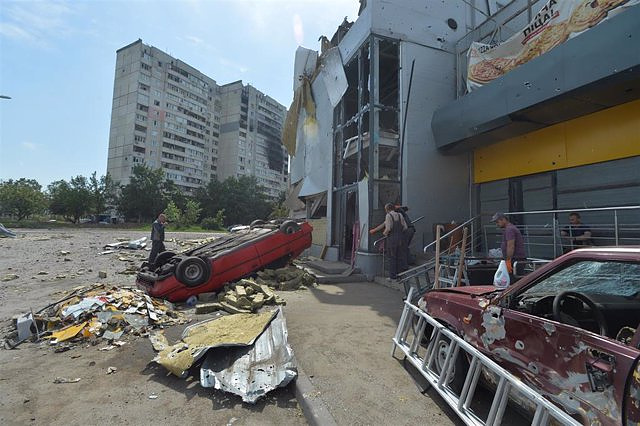 The Ukrainian authorities have assured this Sunday that the Russian forces are dedicating themselves to all kinds of robberies to the civilian population of the areas they control of Ukraine, such as in Kajovka, where they would even be stealing bicycles.

"They are stealing the private cars of the population, their motorcycles and even bicycles," the Ukrainian General Staff said in a new statement. This type of behavior is usually an indication of an imminent withdrawal of Russian troops, kyiv has assured.

When the Russians withdrew from Izium, in the Kharkiv region, a few weeks ago, they already took the bicycles of civilians because they had run out of fuel for their vehicles.

On the other hand, the Ukrainian president, Volodimir Zelenski, has denounced in a new message published on social networks that Russia has launched some 4,700 missiles against Ukrainian targets.

"Hundreds of our citizens have been burned. Thousands of people have died. Hundreds of thousands have been deported to Russia," Zelensky said during his speech at the meeting of the International Organization of la Francophonie held in Djerba, in Tunisia.

"And millions of people have had to leave Ukraine for other countries seeking refuge from the war," Zelensky added in his message.

Thus he has assured that only last Tuesday Russia launched almost a hundred missiles against Ukrainian soil. "A hundred different missiles against our cities, residential buildings, companies, power plants," she said. The result is that some 20 million people have been left without electricity.

Zelensky has appealed for the help of the Francophone countries. "Ukraine really wants peace, but to restore peace we need support," he argued. The president has asserted that peace is possible, "but it is possible if everyone understands that no one deserves a single day of terror," he stressed.