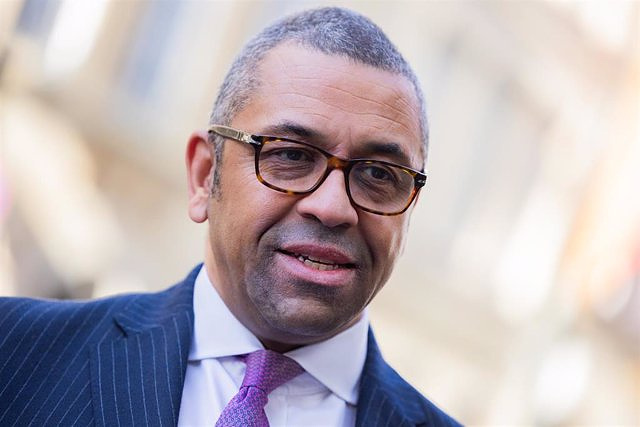 The Government of the United Kingdom has summoned this Tuesday the Chinese ambassador in London, Zheng Zeguang, to protest the beatings received by a journalist from the British television channel BBC detained while covering the protests in recent days in the Asian giant against the restrictions because of the coronavirus pandemic.

British government sources cited by the 'Evening Standard' newspaper have detailed that the Foreign Minister, James Cleverly, has summoned Zheng to denounce the attack on journalist Ed Lawrence. "We have made it clear that this behavior by the Chinese authorities is completely unacceptable," he added.

Cleverly himself called the incident "deeply concerning" on Monday, while Downing Street called it "shocking and unacceptable" while stressing that journalists "must be able to do their jobs without fear or intimidation."

The BBC had previously reported that the journalist had been "arrested and handcuffed while covering protests against restrictions imposed in China by the coronavirus pandemic" and that he was subsequently "beaten by the Police". On the other hand, the Chinese authorities have defended the actions of the security forces and have indicated that the information from the British chain does not reflect what really happened.

‹ ›
Keywords:
ChinaCoronavirusReino UnidoLondres
Your comment has been forwarded to the administrator for approval.×
Warning! Will constitute a criminal offense, illegal, threatening, offensive, insulting and swearing, derogatory, defamatory, vulgar, pornographic, indecent, personality rights, damaging or similar nature in the nature of all kinds of financial content, legal, criminal and administrative responsibility for the content of the sender member / members are belong.
Related News