Ankara raises to more than 320 the alleged Kurdish militants "neutralized" since Monday. 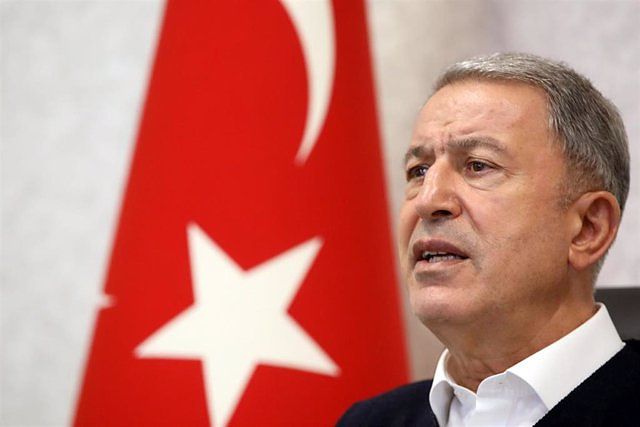 The Government of Turkey has denied this Friday that its bombardments against Kurdish groups in northern Iraq and Syria could cause damage to the forces of the international coalition led by the United States, after the Pentagon affirmed that its troops in Syria are "directly threatened" by the Turkish offensive.

The Turkish Defense Minister, Hulusi Akar, has stressed that "it is totally ruled out that we are going to cause damage to the coalition forces or civilians," according to the Turkish state news agency, Anatolia. "We have a single target, which is the terrorists," he said, before adding that Ankara "has done and will continue to do whatever is necessary to end terrorism and guarantee the country's security."

On the other hand, Akar has raised to 326 the alleged members of the Kurdistan Workers' Party (PKK) and the Kurdish-Syrian militia People's Protection Units (YPG) "neutralized" since the start of the offensive. Turkey uses the term "neutralized" to refer to suspects who have been killed, captured or turned in to authorities. As they are bombings, it implies that Ankara considers them dead.

Turkish President Recep Tayyip Erdogan stressed on Wednesday that the new bombing campaign against Kurdish groups in Iraq and Syria "is only the beginning" and reiterated that Ankara will launch ground operations "whenever it deems appropriate." He also said that he did not rule out a talk with his Syrian counterpart, Bashar al Assad, to address the situation.

The Turkish operation, called 'Sword Claw', was launched after the attack perpetrated on November 13 in Istanbul, which left six dead and which Turkey blames on the PKK. However, both the group and the Syrian Democratic Forces (SDF) -- a coalition of militias led by the YPG and backed by the international coalition -- have disassociated themselves from what happened and have conveyed their condolences to the victims.

‹ ›
Keywords:
Estados UnidosTurquíaIrakKurdistánSiria
Your comment has been forwarded to the administrator for approval.×
Warning! Will constitute a criminal offense, illegal, threatening, offensive, insulting and swearing, derogatory, defamatory, vulgar, pornographic, indecent, personality rights, damaging or similar nature in the nature of all kinds of financial content, legal, criminal and administrative responsibility for the content of the sender member / members are belong.
Related News