NGOs confirm at least 45 deaths and injuries in more than twenty attacks during the first hours. 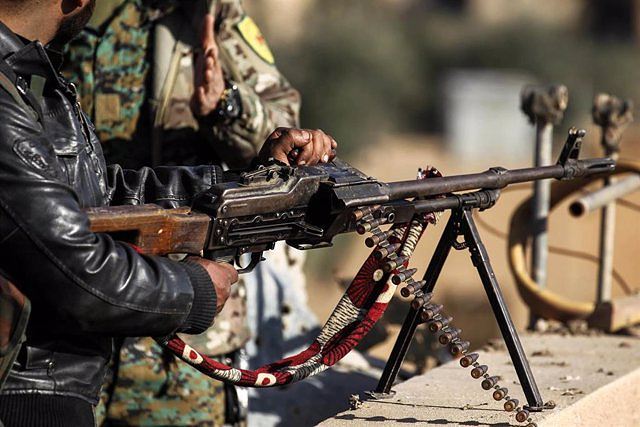 At least 45 Kurdish militiamen and forces affiliated with the Syrian government have been killed in the last few hours in at least 25 bombardments unleashed by Turkey on the so-called Autonomous Administration of North and East Syria, the semi-autonomous entity under the control of the Kurdish militias of the Syrian Forces. Syrian Democratic Party (SDF), and ordered in retaliation for the attack last weekend in Istanbul.

The Turkish Ministry of Defense announced late this past Saturday the start of the "Claw-Sword" operation in northern Iraq and Syria against the Kurdish groups that Ankara has blamed for the explosion last Sunday in the Istiklal Avenue, which left at least six dead and 81 injured.

"It is time to settle accounts," the Ministry declared in the statement announcing the operation and justifying the bombing "in accordance with the right to self-defense arising from Article 51 of the UN Charter," according to the official agency. Anatolia Turkish News.

The Syrian Observatory for Human Rights has confirmed on its website at least 15 deaths -- nine members of the SDF and six members of the Syrian forces -- in various attacks in Al Hasaka and Raqa.

These attacks come days after Ankara blamed the Kurdistan Workers' Party (PKK) for being behind last Sunday's deadly bombing in central Istanbul. In addition, Turkey considers the Popular Protection Units (YPG), the main component of the SDF, an extension of the PKK, considered a terrorist in that country.

Both groups have denied any involvement in the attack that claimed the lives of six people, however, the Turkish Interior Minister has pointed out that he "has suspicions" that the order was given from the city of Kobane, one of the largest objectives of this new campaign.

In his first assessment this Sunday, the Turkish Defense Minister, Hulusi Akar, has assured that the operation has successfully destroyed "shelters, bunkers, caves, tunnels and warehouses of the terrorists" and a "headquarters of the terrorist organization was also attacked and destroyed."

"Our goal is to ensure the security of our 85 million citizens and our borders, and to respond to any treacherous attack against our country," Akar stressed.

The general commander of the SDF, Mazlum Abdi, declared this Sunday that what happened in the AANES has been a "great catastrophe" and has asked the families in the area to stay at home. "We are doing everything possible to avoid a major catastrophe. If war breaks out, everyone will be affected," he warned in statements collected by the Kurdish agency Rudaw.

Kobane was captured by Islamic State (ISIS) in 2014, but was driven out by Kurdish forces allied with the United States. The SDF have been a key US ally during the war against ISIS and have received extensive military training from Washington.

Just on Saturday, the US Consulate General in Erbil issued a security warning about an impending Turkish offensive in the Kurdistan region and northeastern Syria, while the State Department advised its citizens against traveling to the area.

‹ ›
Keywords:
TurquíaSiria
Your comment has been forwarded to the administrator for approval.×
Warning! Will constitute a criminal offense, illegal, threatening, offensive, insulting and swearing, derogatory, defamatory, vulgar, pornographic, indecent, personality rights, damaging or similar nature in the nature of all kinds of financial content, legal, criminal and administrative responsibility for the content of the sender member / members are belong.
Related News