Trump, on his possible re-candidacy in 2024: "Very, very, very likely I will do it again" 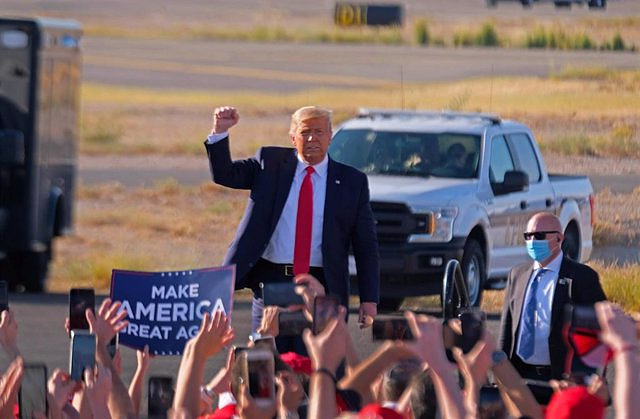 The former president of the United States Donald Trump has hinted for the umpteenth time about the possibility of reapplying for the next presidential elections in 2024, after affirming at a pre-election rally in the state of Iowa that he is likely to do so "again".

"And now, to make our country successful and safe and glorious, I will very, very, very likely do it again," Trump said during his speech in support of Republican Senator Chuck Grassley for the upcoming mid-term elections, according to Bloomberg has reported.

After the crowd began chanting his name, the former president urged Republican Party voters to be prepared: "Get ready, that's all I'm telling you, very soon."

Trump has used his latest speeches to keep talking about the situation surrounding the 2020 election and to occasionally hint at his intention to run for the presidential election for the third time.

In an interview with the newspaper 'New York Magazine', the billionaire raised the possibility of announcing his candidacy after the 'midterm', which will take place on November 8.

However, when he has raised this possibility, Trump has also assured that he is confident of winning the elections and becoming president again.

A recent poll published by YouGov indicates that in the hypothetical case that Biden and Trump ran for election in 2024, the current president would win by six points over Donald Trump.