Thirteen people die and about 5,600 are displaced by fighting between rebels in Darfur, Sudan 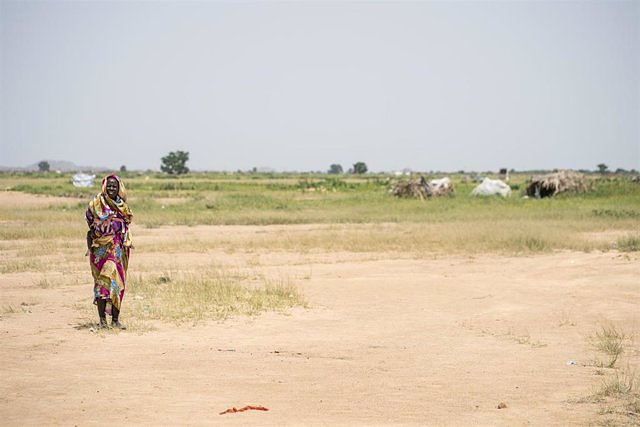 At least 13 people have been killed and some 5,600 displaced by recent fighting between two rebel factions in the western Sudanese state of Central Darfur, the United Nations Office for the Coordination of Affairs has confirmed. Humanitarian (OCHA).

The agency has indicated through its website that clashes between factions of the Sudan Liberation Army-Abdel Wahid (SLA-AW) broke out on November 19 in the town of Shamal Yamal Marra, spreading to nearby areas.

Thus, he pointed out that "community leaders indicate that thirteen people have died, four have been injured, twelve are missing and six have been kidnapped", while nearly 32,000 people "have lost access to their farms and fields due to insecurity, while some farms have been burned down.

"An approximate number of 5,600 people have fled their homes and have taken refuge in the camps for displaced persons in Sabanaga and Toga and in the towns of Tartora, Kumay and Jokosti," he said, before stressing that there are also reports of people who They have fled to the state of South Darfur.

OCHA has highlighted that the Sabanga and Toga camps already host close to 16,000 people who "now share their food, shelter, water, hygiene material and sanitary services with the newly displaced".

"The situation continues to be tense and unpredictable and there is information that both parties are mobilizing their forces for more conflict," he stated, before confirming that "the security forces have deployed in the affected areas, which are now inaccessible aid workers because of insecurity.

The Darfur region has seen an uptick in inter-communal tensions despite the historic October 2020 peace agreement with various rebel groups, which seeks to end fighting that broke out in 2003, which has left at least 300,000 dead and more than 2.5 million displaced.

Former President Omar Hassan al Bashir -overthrown in a coup in April 2019-, as well as other senior officials during his tenure, are wanted by the International Criminal Court (ICC) for alleged war crimes and crimes against humanity in the framework of this conflict.

‹ ›
Keywords:
OnuSudán
Your comment has been forwarded to the administrator for approval.×
Warning! Will constitute a criminal offense, illegal, threatening, offensive, insulting and swearing, derogatory, defamatory, vulgar, pornographic, indecent, personality rights, damaging or similar nature in the nature of all kinds of financial content, legal, criminal and administrative responsibility for the content of the sender member / members are belong.
Related News