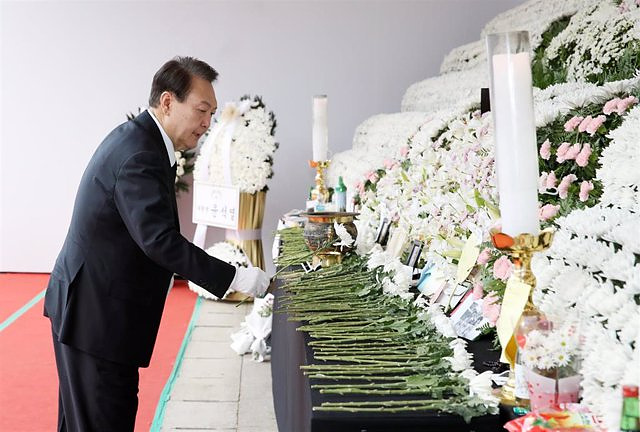 The South Korean authorities have carried out a series of searches this Thursday against more than twenty towns and venues, including the Seoul City Council and the Ministry of the Interior, in relation to the tragedy that took place on October 29 during a Halloween party in the Itaewon neighborhood, where 156 people died.

A team made up of 65 investigators, with the cooperation of several agents, have carried out the raids, which take place within the framework of the investigation into what happened that night, when there was a deadly stampede that left almost 200 injured.

The investigations continue to expand as the controversy grows over the inaction of the authorities after receiving the first calls warning of the stampede. Police are planning to question the heads of several police stations in the capital this week, according to information from the Yonhap news agency.

The special investigative committee has prohibited the head of the Yongsan Ward Police Office, Park Hee Young, from leaving the country as investigations continue to clarify responsibilities for what happened. In addition, several senior officials have already been indicted.

The investigation team has filed charges against Home Minister Lee Sang Min for negligence and delegation of duties following complaints filed by the Fire Department.

‹ ›
Keywords:
Corea Del SurMinisterio Del Interior
Your comment has been forwarded to the administrator for approval.×
Warning! Will constitute a criminal offense, illegal, threatening, offensive, insulting and swearing, derogatory, defamatory, vulgar, pornographic, indecent, personality rights, damaging or similar nature in the nature of all kinds of financial content, legal, criminal and administrative responsibility for the content of the sender member / members are belong.
Related News