The website of the European Parliament has suffered a cyberattack on Wednesday, the European institution itself has confirmed, in an incident that coincides with the decision to designate Russia as a State promoter of terrorism. 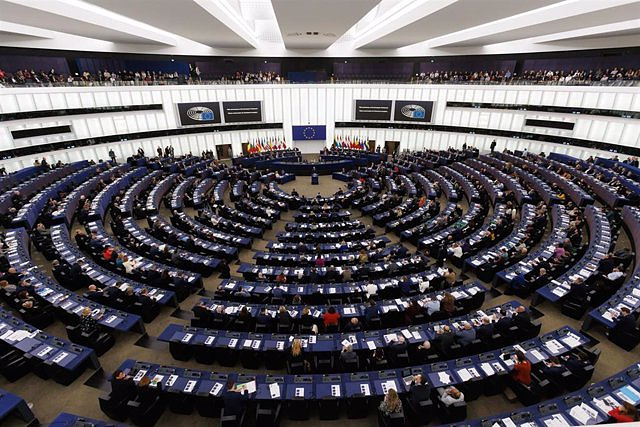 The website of the European Parliament has suffered a cyberattack on Wednesday, the European institution itself has confirmed, in an incident that coincides with the decision to designate Russia as a State promoter of terrorism.

"The availability of the website has been impacted from the outside due to high levels of external traffic. This traffic is related to a DDOS attack," the spokesman for the European Parliament, Jaume Duch, reported on social networks.

Shortly after, the president of the European Parliament, Roberta Metsola, has pointed out that it is a "sophisticated cyberattack" for which a group close to the Kremlin has claimed responsibility. "This after we have proclaimed Russia as a State promoter of terrorism. My answer: Slava Ukraini", she has stressed.

The Maltese 'popular' has also reported that the technical teams of the institution are working to respond to the attack and protect the systems of the European Parliament. Parliamentary sources explain that the attack is limited to a blocking of the website caused by excessive artificial traffic, but no data from the institution has been accessed.

This incident occurred just a few hours after the European Parliament approved this Wednesday to designate Russia as a State promoter of terrorism in a resolution that has had the support of the majority groups in the Chamber.

With 494 votes in favor, 58 against and 44 abstentions, the MEPs "recognize Russia as a state that promotes terrorism that uses terrorist means" and ask the Twenty-seven to take steps at the national level and the European institutions to create the legal framework to carry out the designation.

‹ ›
Keywords:
RusiaTerrorismoParlamento EuropeoCiberseguridadUE
Your comment has been forwarded to the administrator for approval.×
Warning! Will constitute a criminal offense, illegal, threatening, offensive, insulting and swearing, derogatory, defamatory, vulgar, pornographic, indecent, personality rights, damaging or similar nature in the nature of all kinds of financial content, legal, criminal and administrative responsibility for the content of the sender member / members are belong.
Related News