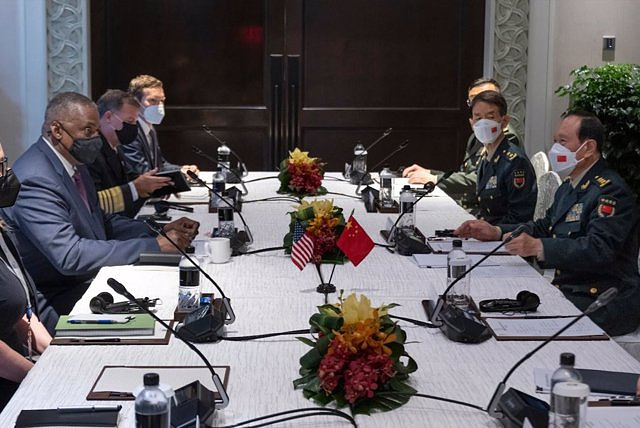 The United States Department of Defense has considered this Tuesday that China's new strategy regarding Taiwan "is a trend" due to the increase in tension in the region after the visit of the speaker of the House of Representatives, Nancy Pelosi.

A senior Pentagon official has made these statements after revealing the Department's latest assessment of the Asian giant's military power.

Said document indicates that China is "the most important and systemic challenge" for US national security, as well as "for a free and open international system," reports the Department, led by Lloyd Austin, through a press release.

In this sense, the US office has pointed out that there is a trend of more coercive military behavior by China.

"We have seen more coercive and aggressive actions in the Indo-Pacific region, including some of which we would single out as dangerous," he said.

In addition, the report details China's "intensified" diplomatic, economic, political and military pressure against Taiwan, pointing to Chinese authorities' efforts to "mispresent broad international support for China's claims to Taiwan and attempts to legitimize the China's coercive actions" against the island.

For China, explains the Pentagon official, an important element of both internal and external strategy is the expansion of its national power to transform aspects of the international system to make it more favorable to China's political system and its national interests.

For this reason, he has pointed out that it is important to know the current activities and modernization capacity of the Chinese Army, in order to evaluate its objectives.

At the same time, he has asserted that China has more than 400 operational nuclear warheads in its arsenal, a number that could rise to 1,500 warheads by 2035 if the military modernization effort continues.

The member of the Department of Defense has specified that the head of the ministerial portfolio has mentioned the increase in tension on the part of the Chinese Armed Forces in a meeting with his Chinese counterpart on the sidelines of the meeting of Defense Ministers of the Association of Nations of Southeast Asia in Cambodia last week.

Austin then pressured Wei to avoid "destabilizing actions" toward Taiwan, in what was the first bilateral meeting since Pelosi's visit to the island in August.

Austin stressed the importance of reducing strategic risk or improving crisis communications. However, he reaffirmed the country's policy, assuring that the US "will continue to fly, navigate and operate where international law allows."