Investigators also note abuses on the Ukrainian side, but applaud access to detainees and the opening of investigations. 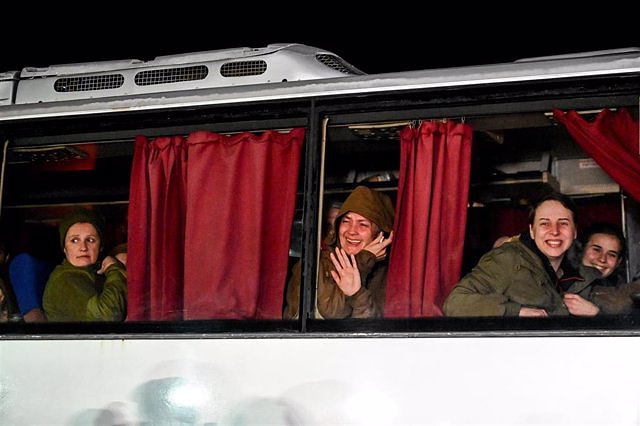 Investigators also note abuses on the Ukrainian side, but applaud access to detainees and the opening of investigations

The UN mission investigating human rights violations in Ukraine has confirmed that the two parties to the conflict, the Russian and the Ukrainian, have perpetrated abuses on the prisoners in their power, despite the fact that there is an "absolute" ban on torture or mistreatment of detainees, regardless of whether there is an armed conflict.

The head of the investigators, Matilda Bogner, has taken stock after interviewing 175 prisoners held by the Ukrainian authorities and another 159 imprisoned by the Russian side. In this last case, the interviews have been carried out after his release, since only kyiv has guaranteed the "confidential access" demanded by the experts.

In the case of prisoners in Russian hands, the UN has verified in the first moments after the arrest beatings, theft of personal belongings and transfers in overcrowded vehicles and without access to bathrooms. The admission procedures in the centers where they are held are equally abusive, to the point that at least one of the prisoners died in this process.

"The vast majority of the people we have interviewed told us that, during their imprisonment, they were tortured and ill-treated," explained Bogner, who gives an account of the pressures in search of information or simply humiliation. In the Olenivka prison colony, in the Donetsk region, at least eight people would have died, according to the testimonies collected.

Burns, beatings, staged executions and sexual violence are among a list of systematic abuses, in a context that is already "hard", as prisoners remain in overcrowded cells, with little hygiene and serious lack of food and water .

One of the victims interviewed for this report told the United Nations how pro-Russian militiamen gave her electric shocks to her genitals and nose. "They were just doing it for fun, not interested in my answers to their questions," she explained.

The abuses also extend to the Ukrainian side, with "credible allegations" of summary executions outside of combat operations and "several cases of torture and ill-treatment", including beatings, electric shocks or equally "humiliating" transfers. In the words of the person responsible for these investigations.

The UN does establish differences between the two sides since, apart from the access given to investigators, it has also been able to confirm that criminal proceedings have been opened in Ukraine to examine the alleged notices about prisoners of war. "We expect progress in these cases," Bogner warned.

Not in vain, "the fundamental obligation of a State is to treat all prisoners of war in a humane manner at all times, from the moment they are captured until their release and repatriation", as established by the Geneva Conventions that have signed by both Russia and Ukraine.

Bogner has also pointed out that "the prevention of torture involves guaranteeing that independent observers have access to detainees" and has advocated guaranteeing accountability in any context, including war, since "it is key to deter and prevent further violations". "Both parties must do it fairly, quickly and impartially", she has riveted her.

‹ ›
Keywords:
OnuViolencia De GéneroUcrania
Your comment has been forwarded to the administrator for approval.×
Warning! Will constitute a criminal offense, illegal, threatening, offensive, insulting and swearing, derogatory, defamatory, vulgar, pornographic, indecent, personality rights, damaging or similar nature in the nature of all kinds of financial content, legal, criminal and administrative responsibility for the content of the sender member / members are belong.
Related News