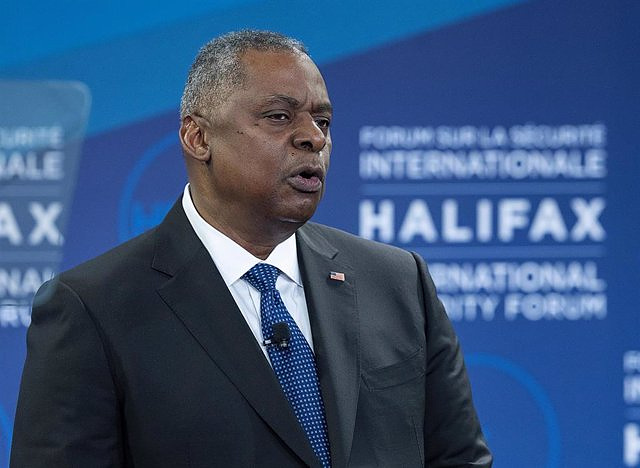 US Defense Secretary Lloyd Austin has told his Turkish counterpart, Hulusi Akar, his "strong opposition" to a new offensive in Syria.

"Austin has called for de-escalation and has shared the Department's strong opposition to a new Turkish military operation in Syria," reads a statement released by the Pentagon.

The head of the Pentagon spoke by phone with Akar, to whom he expressed his concern about the escalation of tensions in the region after the bomb attack in Istanbul on November 13.

"(The defense secretary) has expressed concern about the escalation of actions in northern Syria and Turkey, including recent airstrikes, some of which directly threatened the safety of US personnel who are working with local partners in Syria to defeat to Islamic State," the letter continued.

Likewise, Austin has conveyed his condolences for the loss of life in Turkey, while he has reaffirmed the importance of Washington with Ankara.

For his part, the Turkish Defense Minister has championed bilateral and regional defense and security issues.

Ankar, after assuring that Turkey and the United States are two important allies, has maintained that the "anti-terrorist operations" for the "security of the borders" by its Army are protected by the right of legitimate defense of the UN Charter.

Thus, the Turkish minister specified that "the only objective in the operations is the terrorists", without trying "to harm the coalition forces or civilians".

Washington affirmed last week that the Turkish attacks in Syria and Iraq "directly" threaten the security of US troops, after the military offensive launched against Kurdish groups which it accuses of being behind the attack in Istanbul.

‹ ›
Keywords:
Estados UnidosTurquíaSiria
Your comment has been forwarded to the administrator for approval.×
Warning! Will constitute a criminal offense, illegal, threatening, offensive, insulting and swearing, derogatory, defamatory, vulgar, pornographic, indecent, personality rights, damaging or similar nature in the nature of all kinds of financial content, legal, criminal and administrative responsibility for the content of the sender member / members are belong.
Related News