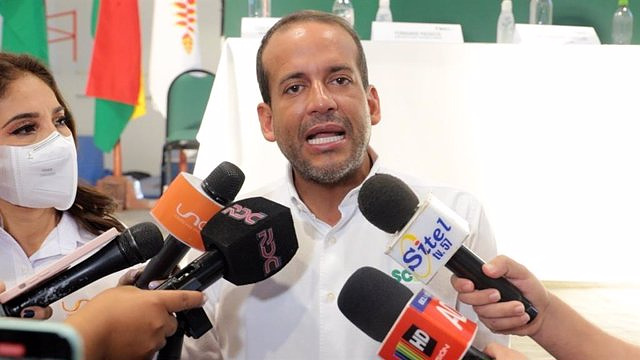 The governor of the Bolivian city of Santa Cruz, Luis Fernando Camacho, explained this Wednesday that, since the Census cannot be organized in 2023 due to lack of time, the execution date is not "determinative", thus giving up his initial position that urged the Government of Bolivia to carry out the national survey next year.

"Unfortunately, the Government has delayed this situation for seven months, which makes it impossible to carry out in 2023," he declared, before noting that the issue of the date "would not become the determining factor."

Thus, he has qualified that in the next few hours they will decide if the strike continues, since what the people "are waiting for (is) a law that gives them the certainty that the date on which it is determined (that the Census be carried out) in Parliament be respected".

Camacho, who is the main protagonist of the conflict, considered on several occasions that the completion of the Census in 2023 was "unwavering", but the governor's new position changes the conflict situation and announces a new scenario, reports the Bolivian newspaper 'La Razón '.

In the Bolivian capital, 33 days of protests have been taking place since which the Government is being asked to hold the Census in 2023 to advance the collection of aid from Bolivian citizens. In this city, where the economic engine of the country is located, the opposition to Luis Arce has greater weight.

The so-called "civic movement" in Bolivia began more than a month ago --on October 22-- an indefinite national strike to demand the holding of the Census in 2023, instead of 2024 as the Bolivian government has proposed, since this record determines the distribution of aid between the regions of the country.

The Technical Mission in Bolivia of the Office of the United Nations High Commissioner for Human Rights (OHCHR) condemned the violence of the protests in the Bolivian capital, Santa Cruz, and called for any violation of rights to be investigated. In addition to categorically rejecting the violent acts registered in recent weeks in the country, OHCHR has highlighted the importance of the right to assembly and peaceful protest as a way "to exercise other rights such as participation in public affairs or freedom of expression."

The Executive of the Latin American country announced last week that it would take criminal action against those responsible for the protests in Santa Cruz, after announcing that the balance of victims is four dead and 178 injured in 20 days.