The Kremlin rules out a second military mobilization for the moment 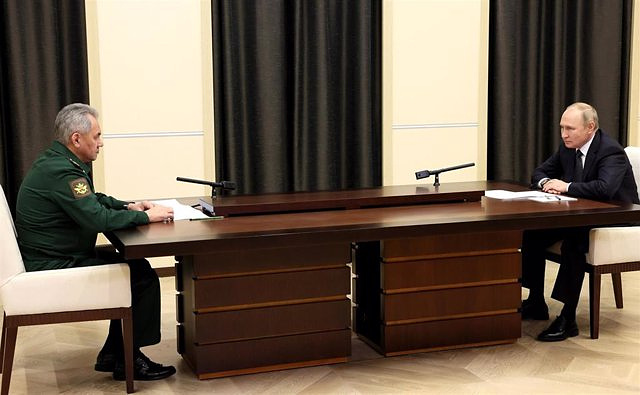 The Kremlin spokesman, Dimitri Peskov, has assured this Monday that the Russian authorities rule out starting a second military mobilization after the one announced by the president, Vladimir Putin, at the end of September.

Although Peskov did not want to speak on behalf of the representatives of the Defense Ministry, he stressed that in the Kremlin "this is not discussed", alluding to a possible second mobilization of troops in the framework of the war in Ukraine.

The Russian authorities announced on September 21 the start of a "partial mobilization" of the population after the successive setbacks that the Russian forces in Ukraine had suffered at that time.

Putin argued the decision as a "necessary and urgent measure to protect the sovereignty, security and territorial integrity of Russia." The mobilization announcement raised criticism in the country and numerous protests were registered in various cities of the Eurasian nation.

Just over a month later, on October 28, the Russian Defense Minister, Sergei Shoigu, announced the end of the mobilization after managing to recruit some 300,000 people.

‹ ›
Keywords:
UcraniaVladimir Putin
Your comment has been forwarded to the administrator for approval.×
Warning! Will constitute a criminal offense, illegal, threatening, offensive, insulting and swearing, derogatory, defamatory, vulgar, pornographic, indecent, personality rights, damaging or similar nature in the nature of all kinds of financial content, legal, criminal and administrative responsibility for the content of the sender member / members are belong.
Related News