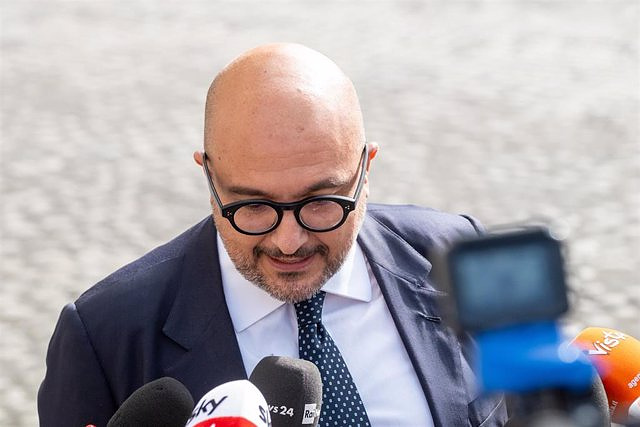 The Italian Minister of Culture, Gennaro Sangiuliano, has warned this Sunday that ticket prices will be higher after recent protests by climate activists who have "attacked" works of art in several countries around the world.

"The continuous attacks and outrages that increasingly occur to the detriment of our cultural heritage force us to rethink and reinforce the levels of protection in which they are protected," said the minister.

In this sense, he has indicated that "the senseless and gratuitous violence that is directed against the paintings, installations, works and structures of our museums and galleries" will lead to taking "immediate measures, starting with covering all the paintings with glass".

"Considering the enormous patrimony to protect, consequently, the intervention will represent a considerable cost for the coffers of the Ministry and of the entire nation and that, unfortunately, can only foresee an increase in the cost of the entrance ticket", Sangiuliano explained. .

Thus, the head of the cultural portfolio has lamented that "the indignation of a few violent" falls "on Italians and, in particular, on those who want to go see a good exhibition," reports the Adnkronos agency.

Several activists threw flour on Thursday at a car designed by Andy Warhol in the late 1970s and which was on display in Milan. In Rome, members of the group dotted a painting by Dutch painter Vincent Van Gogh with pea soup earlier this month.

In recent weeks, there have been protests in museums in various cities around the world, with incidents in Germany, Australia, France, the Netherlands, the United Kingdom or Spain.