The bloc calls for the withdrawal of Russia and recognizes "different assessments of the situation and sanctions". 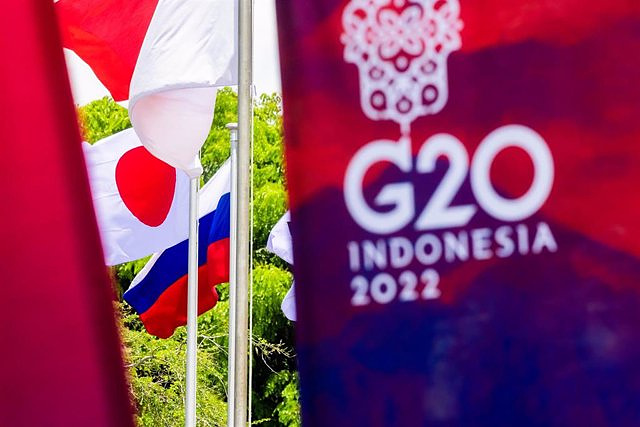 The countries that make up the G20 have approved a final declaration on Wednesday that states that "the majority of the members firmly condemn the war in Ukraine" and "demand the total and unconditional withdrawal of Russia from Ukrainian territory."

The document, published by the bloc's communications system, indicates that the member countries "reiterate their national positions expressed in other forums" and "regret in the strongest terms Russia's aggression against Ukraine."

"Most members strongly condemn the war in Ukraine and stress that it is causing immense human suffering and exacerbating existing fragilities in the global economy, constraining growth, increasing inflation, disrupting supply chains, heightening energy insecurity and food and raising the risks for financial stability," the text says.

However, the document states that "there are other different visions and assessments of the situation and the sanctions", which reflects the divisions within the body, in which Russia is integrated and of which China is also a part.

"Recognizing that the G20 is not the forum to resolve security issues, we recognize that security issues can have significant consequences for the global economy," the document says, adding that "it is essential to respect International Law and the multilateral system that safeguards peace and security".

In this sense, it points out that "this includes defending all the purposes and principles contained in the United Nations Charter and respecting Humanitarian Law, including the protection of civilians and infrastructure in armed conflicts."

"The use or threat of use of nuclear weapons is inadmissible. The peaceful resolution of conflict, efforts to address crises, dialogue and diplomacy, and dialogue are vital. The current era must not be one of war," stressed the document of the G20 after the summit of the last days in Indonesia.

On the other hand, it applauds the agreement between Russia and Ukraine for the export of grain from Ukrainian ports, signed in July after mediation by the United Nations and Turkey, and highlights that it helps to "relieve tension and prevent global food insecurity and hunger in developing country".

"We highlight the importance of its full, adequate and continued application by all relevant actors, as well as the calls of the UN Secretary General (António Guterres) to continue these efforts by the parties", ditch.