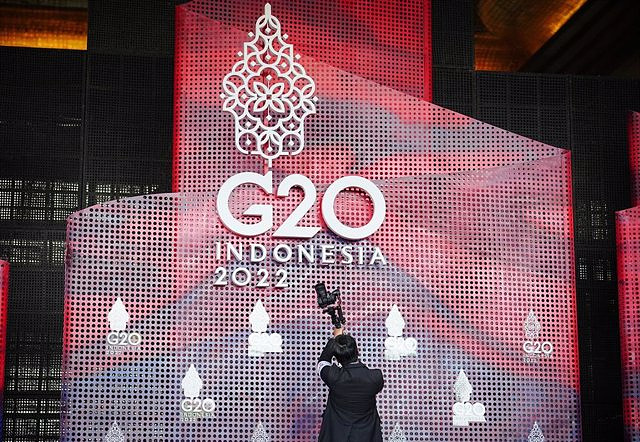 The G20, which is attended by the world's leading economies, has been "deeply concerned" about the global food crisis, according to a draft of the final joint declaration of the summit in Indonesia.

World food security has been "exacerbated by current conflicts and tensions", have indicated the members of the G20, who have called for the use of "all available tools" to fight the crisis and "protect the most vulnerable from hunger" .

In this way, the member states, including Russia, have promised to "take measures to promote food and energy security and support the stability of the markets, providing temporary and specific support," according to the document to which the dpa agency has had access.

"We will take further coordinated action to address food security challenges, including rising prices and shortages of food and fertilizer products globally."

The war in Ukraine, triggered on February 24 by the invasion order given by Russian President Vladimir Putin, has had a serious impact on world food markets, as both kyiv and Moscow are considered two major grain exporters to world level.

The world's leading economies have also proposed promoting climate protection efforts, as well as financing channels to carry out policies in this area.

The signatory countries "welcome" enlargement and new actions on the climate. They also ask all parties to "urgently increase" the reduction of emissions, the adaptation to the consequences of climate change, as well as the "means of implementation".

In turn, the group has urged "advance" in the negotiations on reparations for damage caused by climate change in poor regions, a controversial issue that also tops the agenda of the COP27 climate summit that is being held in Egypt. .

The goal of limiting global warming to 1.5 degrees Celsius per year as agreed in the Paris pact "requires significant and effective actions and the commitment of all countries."

We remind and urge developed countries to honor their commitments to jointly mobilize $100 billion a year urgently by 2020 and through 2025 in the context of meaningful mitigation action and transparency in implementation. group in the draft statement.

In this field, the countries have also reaffirmed that subsidies for fossil fuels be eliminated "in the medium term".

‹ ›
Keywords:
Indonesia
Your comment has been forwarded to the administrator for approval.×
Warning! Will constitute a criminal offense, illegal, threatening, offensive, insulting and swearing, derogatory, defamatory, vulgar, pornographic, indecent, personality rights, damaging or similar nature in the nature of all kinds of financial content, legal, criminal and administrative responsibility for the content of the sender member / members are belong.
Related News