It will be difficult for the text to finally be included in the Constitution, since it still has to go through a Senate that has already rejected previous attempts. 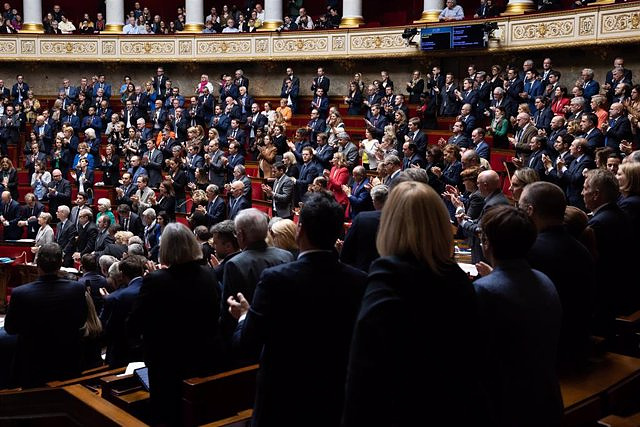 It will be difficult for the text to finally be included in the Constitution, since it still has to go through a Senate that has already rejected previous attempts

The National Assembly of France has given the 'green light' to include the right to abortion in the Constitution, thus approving a request from La France Insoumisa (LFI) and which has had the support of a large majority of the French lower house.

The proposal has had the support of 337 deputies - among which are those of the Renaissance coalition of the country's president, Emmanuel Macron - and the rejection of another 32, mostly members of a divided National Group, led by the far-right of Marine Le Pen.

Despite receiving the approval of the National Assembly, the project has little chance of finally being included in the French Magna Carta, since it now has to go through various instances of the Senate, which has already rejected this possibility on previous occasions.

In the event that the upper house changes its mind and also gives the 'green light' to the inclusion of abortion as a constitutional right, then the issue will ultimately be referred to the entire population, which must vote in a referendum.

"All this has, in my opinion, almost no chance of success in view of my discussions with the senators," Justice Minister Éric Dupond-Moretti said, according to the BFMTV television channel.

Already in 2018, Jean-Luc Melenchón, now leader of the LFI, presented in vain a proposal to constitutionally shield the right to abortion. After that attempt, these claims seemed to stagnate, which have now been reactivated after the Supreme Court of the United States revoked the constitutional right to abortion in May.

This is the first time in the new French legislature that Renaissance supports a proposal made by LFI. "The French would not understand that we reject a proposal that we defend, on the grounds that it is being presented by an opposition group," said the vice-president of the coalition, Sylvain Maillard, this week.