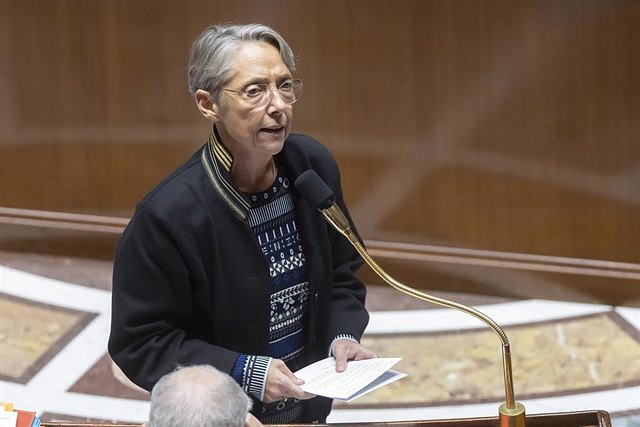 The Government of France has resorted for the fifth time to article 49.3 of the Constitution, which allows it to carry out a law in Parliament without the approval of the opposition, at the cost of facing another motion of censure that, if successful, It would imply the fall of the Executive.

On this occasion, the Prime Minister, Elisabeth Borne, has forced the approval of the Social Security financing bill in the National Assembly, after hundreds of amendments have been presented. Borne has argued that the debate cannot be "perpetuated", an argument similar to that used on previous occasions, according to 'Le Monde'.

The group that supports the French president, Emmanuel Macron, lacks an absolute majority and cannot get external support to carry out a key initiative. However, the mechanism of 49.3 opens the door to motions of no confidence by the opposition.

La France Unsubmissive (LFI), Jean-Luc Mélenchon's party, has announced that it will put the continuity of the current government to a vote again, pending the support of other left-wing or center-based groups. The far-right formation Agrupación Nacional also joined this bloc on other occasions to demonstrate the transversal discontent with the Executive.