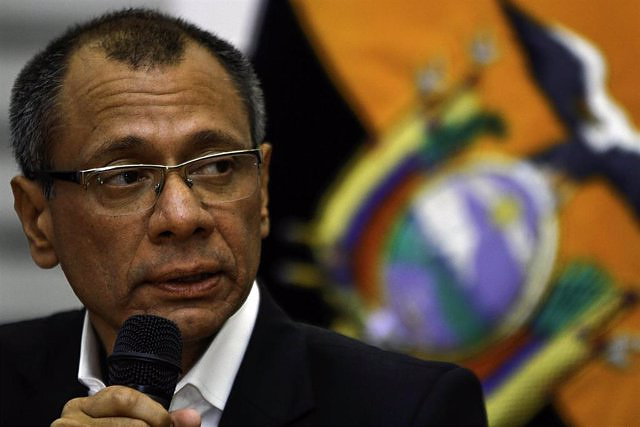 The former Vice President of Ecuador Jorge Glas has been released from prison this Monday for the second time after a court of first instance has admitted a request for a precautionary measure in his favor, issuing a release order.

Glas has been released from Prison 4 in Quito following the order issued by the Santo Domingo de los Tsáchilas judge, Emerson Curipallo. On the outskirts of the prison he was received by a group of supporters, who applauded, tried to hug him and shouted slogans in his favor, reported 'El Comercio'.

The one who was vice president of Rafael Correa in 2013 and with Lenín Moreno in 2017 was serving two sentences for bribery and illicit association. In addition, he had a process open for being the alleged co-author of a crime of misappropriation of public funds.

In April of this same year, another judge ruled that Glas was released, although he was subsequently dismissed and arrested for committing an alleged crime of usurpation of functions, since according to the Ecuadorian Judiciary, he would have acted without being in the corresponding jurisdiction to grant a 'habeas corpus', reported 'El Universo'.

Later, another judge rejected the 'habeas corpus', forcing the former vice president to go back to prison, where he had to serve two sentences of six and eight years.

The Comprehensive Care Service for Persons Deprived of Liberty (SNAI) has stated that Glas's request for release "meets the requirements provided by law" and that, for this reason, it has accepted Judge Curipallo's resolution.

However, the SNAI has rejected the magistrate's decision and has warned that it will coordinate with the State Attorney General's Office to present the revocation of said precautionary measure.