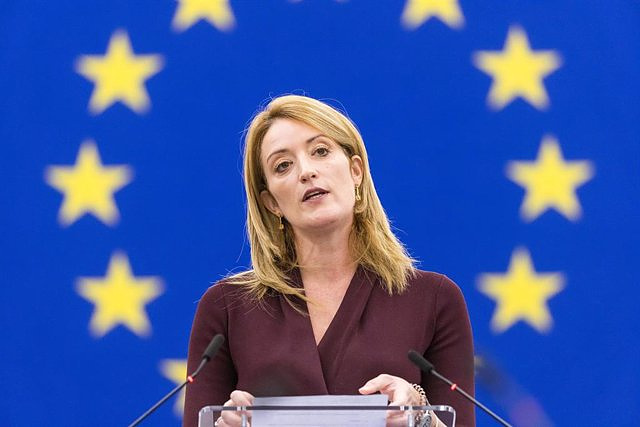 The Eurochamber will celebrate next Tuesday, November 22, its 70th anniversary since the first session of the Common Assembly of the European Coal and Steel Community in 1952, which marked the starting point of the current Eurochamber, and it will do so in a context of historic highs for female representation -more than a third of the seats- and on the verge of an electoral reform to introduce a pan-European list.

The three leaders will speak before what is the only transnational, multilingual, multiparty and directly elected parliament in the world and which, precisely, wants to update the way in which its representatives are appointed to introduce, as a novelty, a single constituency for the entire European Union (EU) of 28 deputies that citizens can vote for along with a national list and that it is still unknown if it will arrive in time for the next European elections in 2024.

Under the motto '70 years of democracy in action', Parliament will review some of the most important milestones in its history since its first assembly was held in 1952, going through its acquisition of budgetary powers in 1973, until facing the Covid pandemic. -19 and face a new war on the continent after Russia's attack on Ukraine on February 24.

Just a month earlier, the MEPs had appointed the third woman president of the European Parliament, the youngest in its history and the first Maltese to hold the position, Roberta Metsola, who succeeded the late David Sassoli. She did it 22 years after Nicole Fontaine and 42 since Simone Veil became, not only the first woman to preside over the European Parliament, but also the first to be elected by universal suffrage in 1979.

Since then, there has also been an evolution in the percentage of seats held by women, which has increased from 15.2% in the first legislature to reach its all-time high of 39.3% in the current one, according to data from Parliament at 31 January 2022.

In these seven decades, Parliament has gone from having 78 national representatives in 1952 to 705 directly elected today, compared to the 751 that existed before the withdrawal of the United Kingdom on January 31, 2020, the first and only country in leave the EU despite the fact that former British Prime Minister Margaret Thatcher was the first community leader to report to the European Parliament in 1981.

Seven years after this event, in 1988, former South African President Nelson Mandela, recipient of the first Sakharov Prize for freedom of thought awarded by Parliament, spoke before the MEPs.

MEPs have elected, since 1979, a total of 17 presidents of nine nationalities, the German being the one that has had the greatest representation to date, with up to four presidents, among which Martin Schulz stands out as the only one in the history of the Eurocámara to remain in office for five years, the period of a complete legislature.

Germany is followed by France, with three presidencies, the same held by the Spaniards Enrique Barón Crespo, José María Gil Robles and Josep Borrell Fontelles, current high representative of the EU for Foreign Affairs and Security Policy. In addition, there have been two Italian presidents, one Dutch, one English, one Irish, one Polish and the current one, Metsola, representing Malta.

According to the population figures of each Member State, the Germans also lead the parliamentary representation, with 96 MEPs, followed by 79 French and 76 Italians. In fourth place are the Spanish, who occupy 59 seats. At the opposite extreme, Malta, Luxembourg and Cyprus have six deputies each. The average age of the representatives is 52 years old -most are between 41 and 60 years old-, while the national averages range between 46 and 63.

A plurality that, however, has left room for the unity of the European Parliament, since 70 years after its creation, it boasts, according to the motto of its anniversary, of having advanced "until being stronger than ever in difficult times ".

‹ ›
Keywords:
Parlamento EuropeoUECarbón
Your comment has been forwarded to the administrator for approval.×
Warning! Will constitute a criminal offense, illegal, threatening, offensive, insulting and swearing, derogatory, defamatory, vulgar, pornographic, indecent, personality rights, damaging or similar nature in the nature of all kinds of financial content, legal, criminal and administrative responsibility for the content of the sender member / members are belong.
Related News