The EU threatens to abandon COP27 if the 1.5 degree target is given up 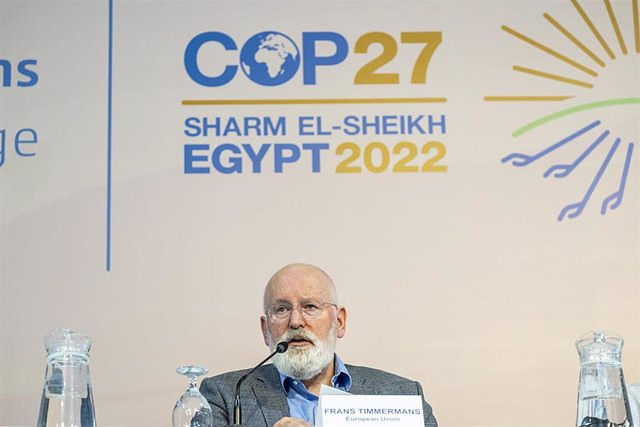 The vice president of the European Commission for the Green Pact, Frans Timmermans, has warned this Saturday that the European bloc is "prepared to abandon COP27" in the face of pressure to abandon the objective of limiting the global temperature increase to 1.5 degrees Celsius .

In an appearance before the media from the Egyptian city of Sharm el Sheikh, Timmermans has declared himself confident that the last-minute negotiations can yield a positive result, although he has acknowledged that "every time" he was "more concerned" about the course of the conversations".

"The European Union prefers that a decision not be adopted rather than a bad one," he explained at a press conference collected by Bloomberg.

On his Twitter account, Timmermans has issued a harsh warning about the expectations that are presented to the summit in the coming hours.

"We are in the extension. The EU is united in our ambition to move forward and build on what we agreed in Glasgow. Our message to partners is clear: we cannot accept that 1.5 degrees die here today," he warned.

‹ ›
Keywords:
Comisión EuropeaUE
Your comment has been forwarded to the administrator for approval.×
Warning! Will constitute a criminal offense, illegal, threatening, offensive, insulting and swearing, derogatory, defamatory, vulgar, pornographic, indecent, personality rights, damaging or similar nature in the nature of all kinds of financial content, legal, criminal and administrative responsibility for the content of the sender member / members are belong.
Related News