The EU regrets the hardening of the Russian law against LGBT "propaganda": "These laws feed homophobia" 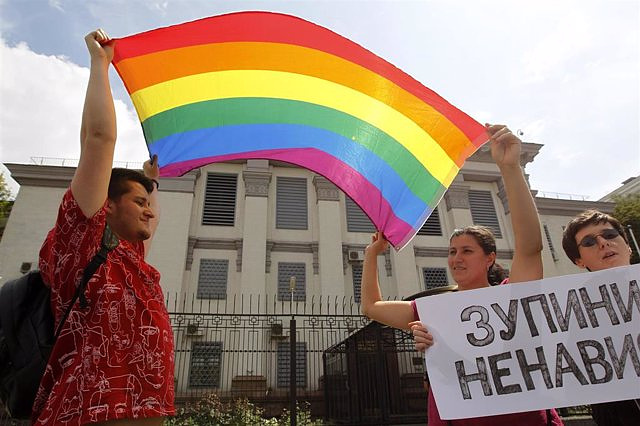 The European Union has regretted this Thursday the hardening of Russian legislation against the so-called LGTBI "propaganda", ensuring that these laws "feed homophobia".

The spokesman for the High Representative for Foreign Affairs of the EU, Pedro Stano, has shown his "deep concern" about the amendments approved this Wednesday by the Russian State Duma, which have expanded the punishments against those who disseminate LGTBI content, as well as the imposition of new restrictions under the law on foreign agents.

"These legislative advances fuel homophobia and further deepen the harsh repression of any critical and alternative speech in the context of Russia's illegal, unprovoked and unjustified war of aggression against Ukraine," reads a statement from the foreign office.

In addition, the portfolio led by Josep Borrell has reiterated the condemnation "in the strongest possible terms" of the invasion of Ukraine, which began on February 24 by order of Russian President Vladimir Putin.

"The European Union stands in solidarity with Russian citizens who are prevented from exercising their Human Rights," said the Union's Foreign Affairs spokesman.

Russia has justified the reform of the law that toughens the punishments against those who disseminate LGTBI content in the need to supposedly combat scourges such as pedophilia, but for the organizations defending Human Rights it represents "one more step in the repression against the collective".

The Russian authorities plan to prosecute any type of content considered contrary to conservative values ​​on the Internet, media, books, movies and advertisements, according to official Russian media.

‹ ›
Keywords:
RusiaColectivo LGBTUE
Your comment has been forwarded to the administrator for approval.×
Warning! Will constitute a criminal offense, illegal, threatening, offensive, insulting and swearing, derogatory, defamatory, vulgar, pornographic, indecent, personality rights, damaging or similar nature in the nature of all kinds of financial content, legal, criminal and administrative responsibility for the content of the sender member / members are belong.
Related News