The EU launches its training mission to instruct 15,000 Ukrainian military 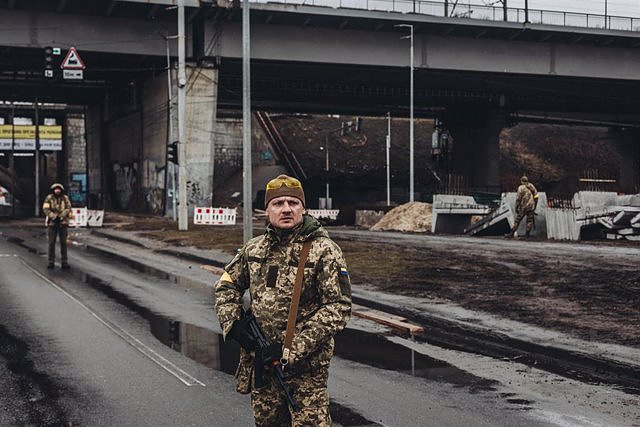 The European Union officially launched its training mission on Tuesday to train 15,000 Ukrainian soldiers who will combat Russian aggression and which, it is expected, can take its first steps in two weeks with two main venues: Poland and Germany, although other member states They do training for you.

The launch of the initiative took place this Tuesday within the meeting of European defense ministers who have given continuity to the decision adopted last October to instruct some 12,000 Ukrainian recruits for the next two years, apart from specialized training for other 3,000 commanders of the Ukrainian Army.

All with the aim of improving the military capacity of the Ukrainian Armed Forces in its defense of the territorial integrity and sovereignty of the country against the military aggression ordered by Russian President Vladimir Putin on February 24.

"War today is a very sophisticated thing. It requires specific capabilities to be able to use modern weapons, modern tactics of a war that is a completely different war than the one we were used to in classical times", the High Representative of the EU pointed out for Foreign Policy, Josep Borrell, in statements before the meeting in Brussels.

For Borrell, the war in Ukraine has taken a "completely different turn" than what Putin expected when he launched the military offensive against Ukraine almost nine months ago and has celebrated that this training mission has been approved in record time and will become a central part of EU military support to Ukraine.

The common budget for the operation amounts to 107 million euros, apart from another 16 million for ammunition and material for the operation, which the Twenty-seven have agreed on Tuesday to finance with the European Mechanism for Peace.

The number of contributing countries and the total number of troops mobilized by the EU to carry out these tasks remains to be defined, although many member states have shown their interest in contributing to the mission. According to European sources, between 15 and 20 countries will take part in the operation, which will be of a European nature and will include multinational teams.

Given the need for operational coordination of a mission of this type, command will be centralized in the European capital under the figure of the Director General of the EU General Staff, Admiral Herve Blejean.

For the time being several EU countries have already offered their contributions to the mission. Spain has announced that it will contribute to the training of up to 2,400 soldiers per year, while other countries such as Denmark, Finland or the Netherlands are already participating in similar programs under the leadership of the United Kingdom. In part, it is about bringing together under a European umbrella all these efforts that the member states are already carrying out bilaterally with kyiv.

On the other hand, the High Representative warned upon his arrival at the meeting of the need to jointly replenish the military reserves at the national level, following the effort made by the Member States to supply weapons and ammunition to the Ukrainian Army.

In this sense, he has emphasized that these purchases be made jointly, following requests from Brussels, which has set up a fund of 500 million euros to encourage this type of transaction at Twenty-seven.

"Stocks must be replenished. The important thing is to go together, so as not to divide the market, to avoid competition. We must avoid what happened with the vaccines. All together, all together we managed to have better prices, better quality and better delivery times. Borrell has assured.

Joint military purchases and investments are down since 2016 and far from the goal of spending 35 percent jointly. Brussels estimates that in 2020 only 11 percent of defense spending in Europe was channeled into joint projects.

‹ ›
Keywords:
AlemaniaPoloniaUcraniaUE
Your comment has been forwarded to the administrator for approval.×
Warning! Will constitute a criminal offense, illegal, threatening, offensive, insulting and swearing, derogatory, defamatory, vulgar, pornographic, indecent, personality rights, damaging or similar nature in the nature of all kinds of financial content, legal, criminal and administrative responsibility for the content of the sender member / members are belong.
Related News