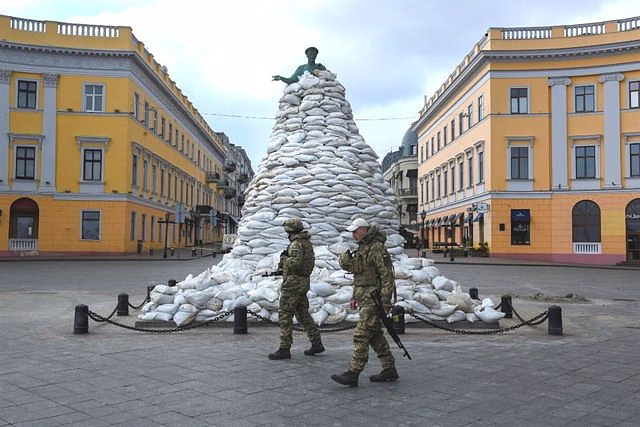 The European Union has provided 1,000 million euros in humanitarian aid to Ukraine since the start of the Russian aggression, according to the balance provided this Thursday by the Crisis Management Commissioner, Janez Lenarcic, who has indicated that the priority now is to repair damaged infrastructure by the wave of Russian attacks.

In a press conference from the EU Emergency Response Coordination Center, the Slovenian commissioner pointed out that 500 million of the total have materialized in humanitarian operations in Ukraine through United Nations agencies, the Red Cross and other organizations .

The other leg is the concrete emergency aid with which the Member States have responded to 190 requests from the Ukrainian authorities since the start of the Russian invasion. Through the EU Civil Protection Mechanism, the Twenty-seven have provided concrete help requested by kyiv, above all in the case of food, medicine, medical and agricultural equipment or ambulances, in what Lenarcic has described as "the largest operation and long" of the history of this instrument.

In addition, the person in charge of Crisis Management has indicated that the EU, with its strategic reserve, is providing concrete help, in addition to that offered by the Member States. In this case, it is providing shelter material for the internally displaced and potassium pills to prevent possible radiation in the area of ​​the Zaporizhia nuclear plant.

"Winter is almost here and it is our priority in terms of humanitarian aid. The needs are even more pronounced after the systematic destruction of critical infrastructure in Ukraine that has caused substantial damage to the electricity and water networks," he stressed.

As indicated, the EU has already been preparing the needs of Ukraine since before the summer and has advanced with the shipment of 500 electricity generators, which must be redoubled in the face of Russian attacks on energy facilities.

Likewise, the European bloc has helped through technical programs to rehabilitate water and electricity systems that serve thousands of Ukrainian civilians as basic services and has indicated that it is preparing to send more teams to repair this type of facility.

Faced with the growing needs of Ukraine in humanitarian matters, Lenarcic has stated that Brussels is asking the Member States to provide sufficient resources to face the increase in requests coming from Ukraine, at the same time that he has pointed out that it will increase the strategic reserve Union to guarantee a response to kyiv.

‹ ›
Keywords:
RusiaUcraniaUE
Your comment has been forwarded to the administrator for approval.×
Warning! Will constitute a criminal offense, illegal, threatening, offensive, insulting and swearing, derogatory, defamatory, vulgar, pornographic, indecent, personality rights, damaging or similar nature in the nature of all kinds of financial content, legal, criminal and administrative responsibility for the content of the sender member / members are belong.
Related News