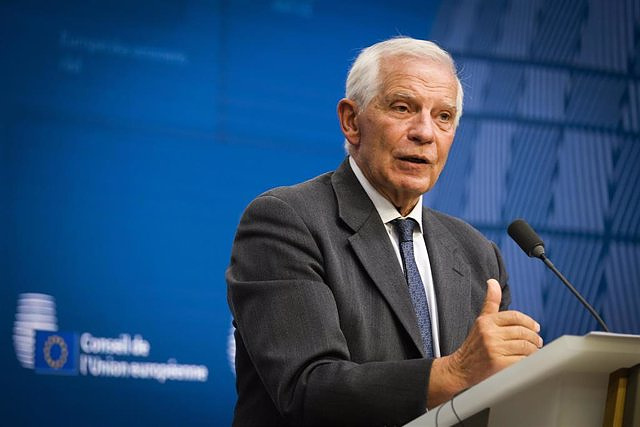 The High Representative of the European Union for Foreign Policy, Josep Borrell, has denounced this Wednesday the wave of Russian attacks against Ukrainian infrastructures that have caused a "massive blackout" in neighboring Moldova.

"Firm condemnation of Russia's renewed criminal attacks against civilians and infrastructure in Ukraine. Mass blackouts, also in Moldova," criticized the head of European diplomacy in a message on social networks.

The High Representative has described as "cruel and inhumane" leaving millions of people without water, electricity or heating during the winter and has affirmed that in the face of Russian actions, the EU will maintain its support for Ukraine and Moldova.

Moldova suffered a "massive blackout" this Wednesday as a result of a new wave of attacks perpetrated by Russian forces on neighboring Ukraine and which once again affected the energy infrastructure, according to the Moldovan government.

Deputy Prime Minister Andrei Spinu, responsible for Infrastructure, has stated that the company that manages the network "is working to reconnect more than 50 percent of the country to electricity." Among the cities affected by the blackouts is the capital of Moldova, Chisinau, according to local media.

‹ ›
Keywords:
RusiaUcraniaUEJosep Borrell
Your comment has been forwarded to the administrator for approval.×
Warning! Will constitute a criminal offense, illegal, threatening, offensive, insulting and swearing, derogatory, defamatory, vulgar, pornographic, indecent, personality rights, damaging or similar nature in the nature of all kinds of financial content, legal, criminal and administrative responsibility for the content of the sender member / members are belong.
Related News