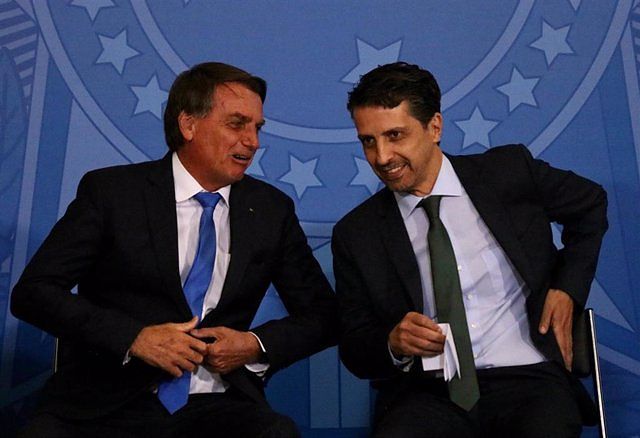 The president of the Superior Electoral Court (TSE) of Brazil, Alexandre de Moraes, has imposed a fine of more than four million euros on Jair Bolsonaro's party, the Liberal Party, after the outgoing president's political party asked to partially invalidate the elections last October.

According to Moraes, the performance of Bolsonaro's party -which submitted a request questioning the reliability of 61 percent of the electronic ballot boxes used during the elections- does not present any indication or evidence of fraud that justifies the reassessment of part of the votes. registered at the polls, reported G1.

For this reason, the magistrate has sentenced the Liberal Party coalition to pay a fine of almost 23 million Brazilian reais (4.2 million euros) for "litigation in bad faith."

The action of Bolsonaro's party is based on a report by a private consultancy commissioned by the Liberal Party that indicates that the president was the candidate who collected the most votes in the electronic ballot boxes manufactured as of 2020, the newest, compared to the ballot boxes with an old serial number, which "cannot be audited".

The report indicates that 61 percent of the ballot boxes, almost 578,000 of them, are of a less recent model that do not allow reviewing the votes registered in it, according to the aforementioned media.

However, the party did not include the first round of the elections in the audit, claiming that it did not find any problems, a reason that has led Moraes to describe the organization's request as "strange", "illegal" and carried out in an unlawful manner. inconsequential.

Moraes has maintained that the Liberal Party has attempted "against the democratic rule of law" and has used the request to "incentivize criminal and anti-democratic movements."

Likewise, the president of the TSE has clarified that "it is not reasonable" to affirm that the ballot boxes do not allow tracking of the votes. For Moraes, this argument could only have been raised out of ignorance or bad faith.

Lula prevailed over Bolsonaro in the second round of the presidential elections with 50.9 percent of the votes, compared to 49.1 percent that Bolsonaro obtained.