The Democratic Party seizes the governorship of Arizona from the Republicans 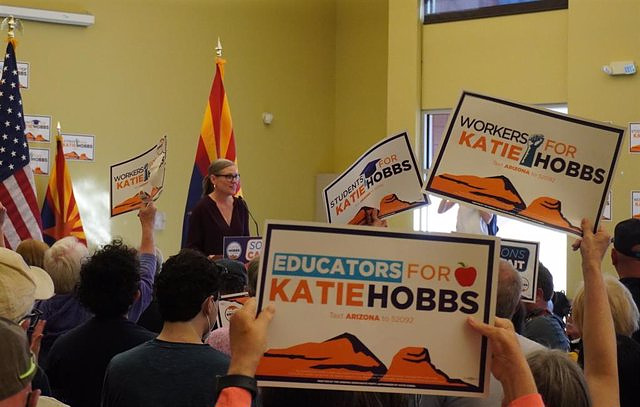 The Democratic Party has snatched the governorship of Arizona from the Republicans on Monday after almost six days of scrutiny after Democrat Katie Hobbs won against Republican Kari Lake by just 22,000 votes.

With 50.4 percent of the vote, Hobbs announced in a statement his victory in the Arizona governor's race, arguing that "democracy is worth the wait."

"Thank you Arizona. I am very honored and proud to be your next governor," said the new governor of Arizona in a message on her Twitter account.

The Democratic candidate, who was Secretary of State for Arizona, has highlighted her role as a public official in the campaign, emphasizing the electoral chaos of the 2020 presidential elections after the accusations of fraud by the Republicans.

Lake, on the other hand, is a Fox 10 network presenter who tendered her resignation after refusing to give the result of the 2020 election won by now-US President Joe Biden.

The result comes after nearly six days of scrutiny in which a failure of Maricopa County's printing machines has delayed the final results.

With this governorship, and after seizing two other states from the Republicans in Maryland and Rhode Island, the Democratic Party has gained control of 24 states compared to the 25 of the Republicans, all in the absence of knowing the winner in the governorship of Alaska, which will presumably go to the Republican Party.