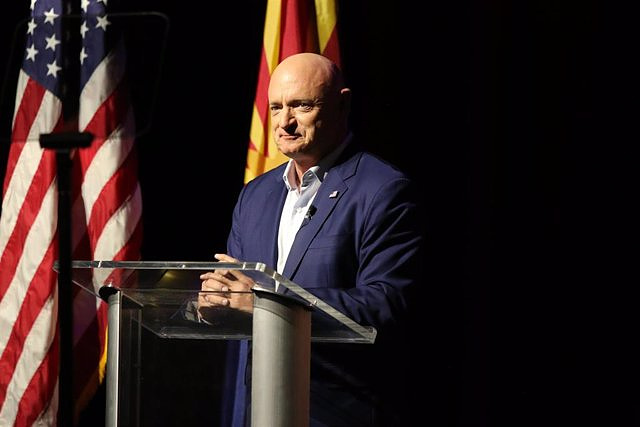 The Democratic Party has revalidated its seat in the Senate for the state of Arizona after astronaut Mark Kelly's disputed victory over Republican candidate Blake Masters, thus leaving the Democrats just one seat away from the majority in the Upper House.

With 51.8 percent of the vote, Kelly has revalidated his seat in the United States Senate by beating Masters, a venture capitalist backed by former President Donald Trump and who had repeated some of his falsehoods about the US presidential election. 2020, as reported by CNN.

Kelly is known for having been a NASA astronaut and Navy pilot before moving into politics. In 2020 he won a special election to appoint the successor to Republican Senator John McCain, who died that same year.

The Democratic victory has taken place after almost 72 hours of scrutiny in which a failure in the Maricopa County printing machines has delayed the final results.

With this seat, and after snatching another seat from Republicans in Pennsylvania, the Democratic Party is closer to maintaining control of the upper house. This is a feat that would allow him to appoint public officials or judges at the request of the president of the United States, Joe Biden, which in the future could determine a progressive majority in the country's Supreme Court.

The final results of the races for the seat in the Senate of the states of Nevada and Georgia are yet to be known. In the first of them, the Republicans are ahead of the Democrats with a tiny advantage of just 900 votes.

In the state of Georgia, on the other hand, the Democrat Raphael Warcnok and the Republican Herschel Walker will have to face each other in a second round on December 6, all this after neither of them reached the minimum of 50 by wind of the votes in the first election contest.

In this context, if the Democratic Party takes control of the Nevada seat, it would obtain a majority in the Upper House. If, instead, the seat is won by the Republicans, we will have to wait until December to find out which party wins in Georgia.