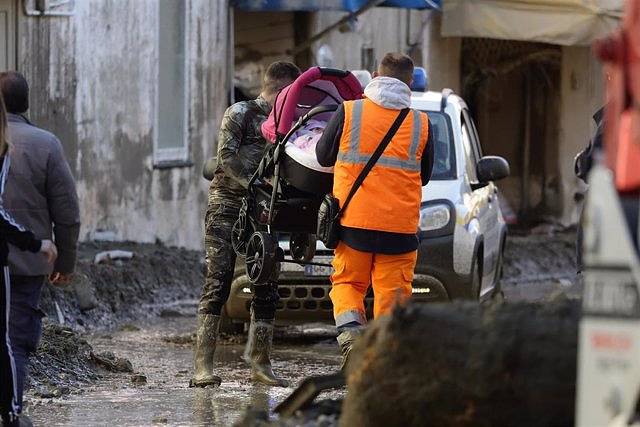 The death toll from a landslide on the Italian island of Ischia, in the Gulf of Naples, where a state of emergency has been declared, has risen to two, according to the latest data provided by the rescue teams.

Rescuers have found the body of a child under the age of five or six in a bedroom inside a collapsed building after the landslide caused by torrential rains in the municipality of Casamicciola Terme.

The Minister of Civil Protection and Marine Policies, Nello Musumeci, has confirmed after an extraordinary Council of Ministers following the disaster that the Italian Prime Minister, Giorgia Meloni, will travel to the affected area in the coming days, as reported by the newspaper ' Corriere della Sera'.

The Italian authorities have decreed a state of emergency for Ischia, as well as an endowment of two million euros to help the affected region, where more than 160 people have been displaced from their homes.