Post a Comment Print Share on Facebook
Famagusta
DOLLAR 18,63
EURO 19,46
GOLD 1.063,06
BIST 4.977,64
Dogecoin Spike Fuels Meme Token Economy to a Huge Jump of Close to 10%
Report: Only 5.3% Spanish Crypto Investors have been notified to declare...
Why casinos do not allow kids to gamble
Payments giant Stripe launches pilot to test crypto payouts with Twitter
Vlad Ponomarev, CEO of Broxus, on Everscale and the Development of a Universal...
Quik.com now has Minting of.VR and.Metaverse Domains
The Biggest Movers: APE Up Almost 30%, ZIL, and AAVE are Wednesday's...
Paul Farhi, founder of Solidus AITECH, talks about Artificial Intelligence...
Malaysia holds over 600 people for stealing electricity to mine cryptocurrency
Central Bank of Sudan warns of risks associated with cryptocurrency 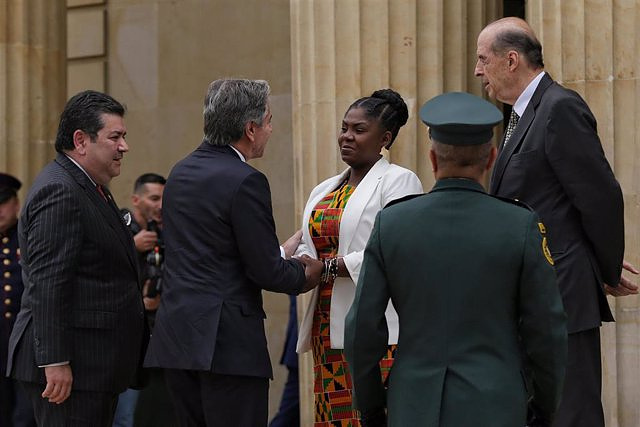 The joint commissions of the Senate and the House of Representatives have not reached the necessary consensus to begin the study of the bill to create the Ministry of Equality, one of the campaign promises of the Vice President of Colombia, Francia Márquez.

The session had to be postponed after some articles of the project did not achieve the necessary quorum, including the name of the portfolio itself, which for some should be called the Ministry of Equity.

Some of us think that it should be called more the Ministry of Equity, which is what the nation requires more. It is not that we are equal, but that we must protect those who are unequal and that is more equity," said Liberal senator Alejandro Chacón.

For their part, the Conservative Party and Cambio Radical have left Congress to avoid voting since they do not even agree with the Government's initiative, while the Uribistas of Centro Democrático affirm that the project would generate duplication of functions in some State entities. .

From the Government they have regretted the lack of a quorum and have stressed that said ministry is "fundamental" to help the most disadvantaged sectors of the country, reports the RCN radio station.

The senator of the Polo Democrático Alexander López, has stressed that with this portfolio it will be possible to work to close "the inequality gaps that arise in Colombia", especially with regard to women, peasants, indigenous peoples, older adults, diverse communities and other ethnic minorities.

"The Ministry of Equality will go directly where the extreme poverty and the deep inequalities that exist in the country are," López emphasized.

‹ ›
Keywords:
FranciaColombiaMinisterio De Igualdad
Your comment has been forwarded to the administrator for approval.×
Warning! Will constitute a criminal offense, illegal, threatening, offensive, insulting and swearing, derogatory, defamatory, vulgar, pornographic, indecent, personality rights, damaging or similar nature in the nature of all kinds of financial content, legal, criminal and administrative responsibility for the content of the sender member / members are belong.
Related News