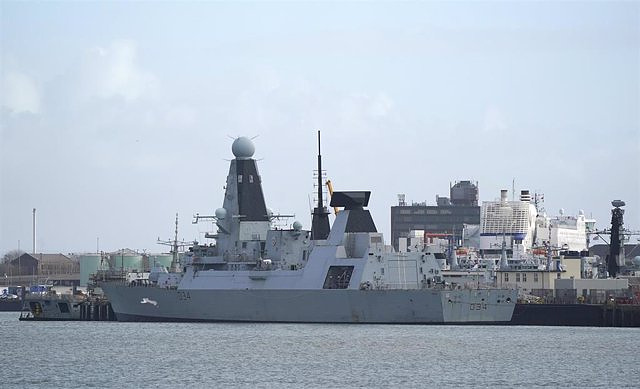 Admiral Ben Key, Chief of Staff of the British Navy, has defended this Sunday the internal investigations carried out within the organization in response to allegations of sexual harassment against women, especially recruits, for years.

Key announced an internal inquiry in October -- in the face of independent inquiries -- to find out the situation of women within the British Navy after a woman on condition of anonymity reported being raped while in service.

The allegations of assault are added to the alleged existence of lists where the recruits appear according to the order in which they should be raped in the event of a "catastrophic event". Likewise, among the facts are also known "sexual gestures and comments" towards the female staff.

"One of my challenges or concerns about it is that, in reality, (an independent investigation) would only add time, and one of the things that we must do is investigate these things much faster," he said in statements to radio 4 de the BBC, as the chain has collected this Sunday.

In this sense, Key has reiterated that an independent investigation "would lead" to worse results, at the same time that he has expressed that external investigators may not understand naval life, as well as the pressures felt by servicemen and women " In day to day".

Last October, Key said he was "deeply shocked" by the allegations. "I want to assure our people and anyone reading this that any activity of this kind, so far from the highest standard of the Royal Navy is, in itself, totally unacceptable," he said on his Twitter profile.