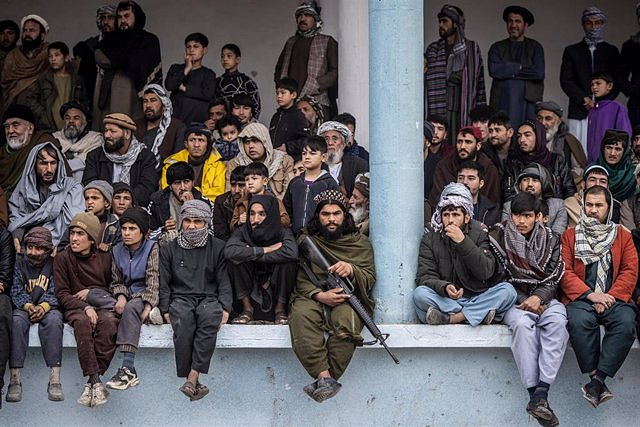 The leader of the Taliban, Mullah Hebatullah Ahundzada, has ordered the judges of Afghanistan to fully apply the 'sharia' --or Islamic law-- against those who commit a series of punishments that could be punished even with public amputations or stonings.

The Taliban spokesman, Zabihulá Muyahid, said on Twitter that after meeting with the judges, Mullah Ahundzada reminded them that they must apply the punishments contained in Islamic law for those who commit crimes ranging from robbery, kidnapping or sedition.

"The mule Hebatullah, when meeting with the judges, told them to properly investigate the cases of thieves, kidnappers and rebels" and that in "those cases that have met all the requirements of the 'sharia' punishment", the judges "are forced to implement the punishment," he wrote on Twitter.

Along these lines, another of the Taliban spokesmen, Yusef Ahmadi, has stated, who has told the Tolo News chain that those who are involved in murders, kidnappings and robberies must be "punished" in this way.

It is not the first time that the Taliban leader defends the need to "fully" apply the 'sharia' in Afghanistan since the fundamentalists took power in August 2021 after the flight of President Ashraf Ghani.

The fundamentalists have installed a government marked by the lack of women and representatives of other political and ethnic groups, while they have faced internal and international criticism for limiting the rights of the population, especially women and the girls.