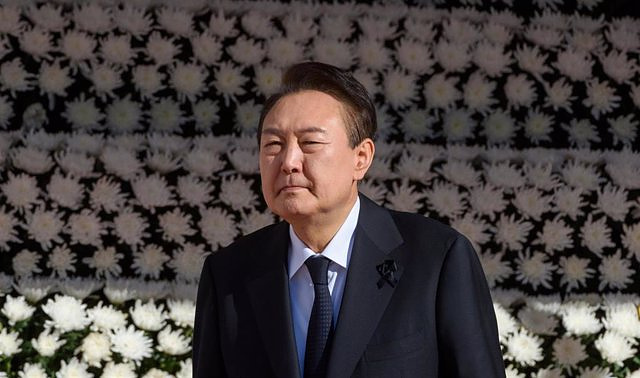 South Korean President Yoon Suk Yeol has ordered the government to prepare a presidential executive order to force striking truckers back to work to revive the fuel and steel sectors.

"Immediately prepare an administrative order so that the oil and steel industries do not suffer further damage," Yoon said after the meeting of the Council of Ministers held in special session to address the strike, according to the South Korean news agency Yonhap. .

Five days ago Yoon already ordered by decree the return to work of truckers in the cement sector and left the door open to extend the measure to other sectors.

Truckers have been on strike for eleven days to demand a minimum wage. The strike has caused delays in cement and steel shipments and has also affected the fuel sector.

Yoon has also urged the relevant ministries to adopt all the necessary administrative measures to alleviate this "serious threat to the rule of law" and has reproached truckers for "using the economy as a hostage for their own interest."

As of Saturday morning, return-to-work notices had been delivered to 33 companies and 791 individual truckers in the cement industry. Of these, 29 companies and 175 drivers have resumed their work or plan to do so soon, according to the Government.

Finance Minister Choo Kyung Ho has already warned of sanctions and punishment for truckers who participate in illegal strikes and refuse to return to work. "We are going to form a response team with the Police and the provincial authorities to prosecute any illegal conduct and take strict administrative measures against those who fail to comply with the executive order," Choo explained after the Council of Ministers.

The oil and refinery sector, on the other hand, is increasingly affected and it is estimated that 74 percent of gas stations are already without fuel, according to data from the Ministry of Commerce, Industry and Energy. Up to 781,000 tons of oil are blocked.