The South Korean authorities have mobilized some 80 fighters this Friday after detecting a large deployment of more than 180 aircraft of the North Korean Armed Forces in various parts of the country and after days of numerous ballistic missile launches.

The South Korean Army has indicated that North Korean planes, including fighters and bombers, have been detected between 11:00 and 15:00 (local time) over several islands and areas of the eastern and western coasts of the Asian country.

In addition, the bombers have carried out a series of maneuvers and shooting from the air, which has led South Korea to deploy aircraft including F-35A fighters, according to information from the Yonhap news agency.

However, the government is still trying to discern the exact number of planes deployed by Pyongyang, which is trying to protest joint US-South Korean military exercises in the region.

These maneuvers were scheduled to end precisely this Friday, but both countries have decided to extend them after North Korea launched an intercontinental ballistic missile on Thursday.

However, North Korean authorities have accused the allies of pressuring and endangering regional security, something Seoul has denied. "Our Army maintains its posture of preparation for possible provocations while monitoring the actions and movements of South Korea in collaboration with the United States," Defense sources explained.

‹ ›
Keywords:
Corea Del NorteCorea Del Sur
Your comment has been forwarded to the administrator for approval.×
Warning! Will constitute a criminal offense, illegal, threatening, offensive, insulting and swearing, derogatory, defamatory, vulgar, pornographic, indecent, personality rights, damaging or similar nature in the nature of all kinds of financial content, legal, criminal and administrative responsibility for the content of the sender member / members are belong.
Related News 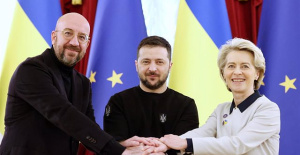 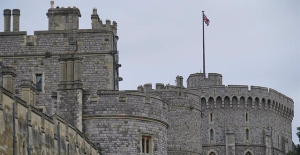