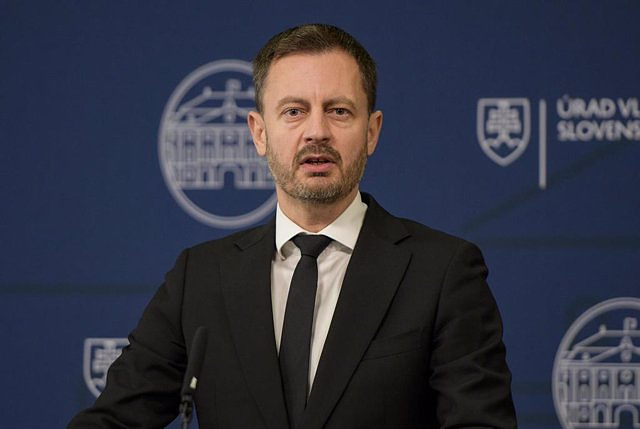 The Slovak authorities have reported this Wednesday that they have decided to reinforce the security of their airspace after the fall of a projectile on Polish territory in the middle of the Russian invasion of Ukraine.

The prime minister of the country, Eduard Heger, has thus confirmed that "monitoring systems and drones have been arranged to monitor the airspace" given the "danger of an incident similar to the one in Poland in Slovakia," something that he has labeled of "inadmissible".

Thus, it has urged Russia to put an end to "this senseless attack against Ukraine" and has urged citizens to "act with caution and verify the information that is disseminated through the media," according to information from the newspaper 'Teraz '.

The country's Defense Minister, Jaroslav Nad, has indicated that the impact of the missile on Polish soil could answer various questions: "it could be a Russian missile that falls in Poland by accident or a change in the trajectory of a projectile after being beaten by the Ukrainian Army". "In any case", he has said, "all these possibilities imply a response to Russian aggression".

‹ ›
Keywords:
PoloniaEslovaquiaUcrania
Your comment has been forwarded to the administrator for approval.×
Warning! Will constitute a criminal offense, illegal, threatening, offensive, insulting and swearing, derogatory, defamatory, vulgar, pornographic, indecent, personality rights, damaging or similar nature in the nature of all kinds of financial content, legal, criminal and administrative responsibility for the content of the sender member / members are belong.
Related News