Senior officials from six countries spent more than 720,000 euros on a Trump hotel to influence his Administration 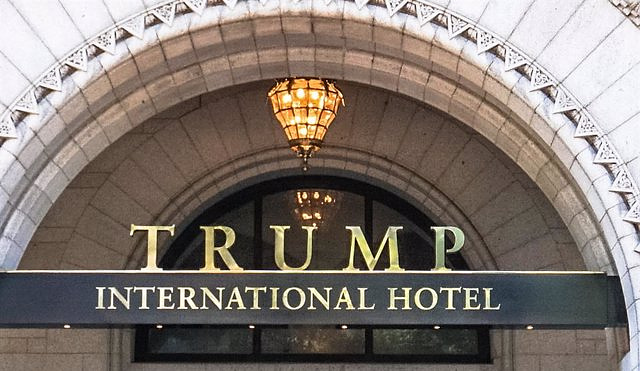 Senior officials from six countries, including Qatar, Saudi Arabia or the United Arab Emirates, spent more than 750,000 dollars (726,000 euros) in the hotel of former United States President Donald Trump in Washington during his first two years in office in a alleged effort to influence the decisions of the former president.

Documents obtained by the House Oversight and Reform Committee through Mazars USA, Trump's former accounting firm, show that the governments of China, Malaysia, Qatar, Saudi Arabia, Turkey and the United Arab Emirates spent dozens of thousands of dollars as a way of influencing the foreign policy of the previous US administration, as reported by 'The Washington Post'.

More specifically, the Prime Minister of Malaysia spent 1,500 euros on a personal trainer during his eight-day stay. The Saudi Defense Ministry spent €83,000 on the hotel for members of a Saudi delegation, which included suites at €10,172 a night. Meanwhile, Qatari officials spent more than 290,000 euros during the three months prior to a meeting between Trump and the emir of the Arab country, according to the aforementioned newspaper.

The documents also note that two months before a meeting between Trump and Chinese President Xi Jinping in October 2017, a Chinese delegation spent €19,000 at the Trump Hotel.

"These documents sharply question the extent to which President Trump was guided by his personal financial interest while in office rather than the best interests of the American people," said the chairwoman of the committee investigating the case in the US Congress on Monday. Democrat Carolyn Maloney.

The Oversight Committee's findings, based on reports obtained by The Washington Post, detail how Trump's hotel profited from foreign governments during his time in office and emphasize whether lines between his business and his administration were crossed. in front of the White House.

This report has come to light one day before the former US president makes "a special announcement" in which he will presumably present his candidacy for the 2024 presidential elections, although he could gather less support than expected within the Republican Party after the results of last week's mid-term elections.

‹ ›
Keywords:
Estados UnidosArabia SaudíDonald TrumpQatar
Your comment has been forwarded to the administrator for approval.×
Warning! Will constitute a criminal offense, illegal, threatening, offensive, insulting and swearing, derogatory, defamatory, vulgar, pornographic, indecent, personality rights, damaging or similar nature in the nature of all kinds of financial content, legal, criminal and administrative responsibility for the content of the sender member / members are belong.
Related News