Scholz criticizes Russia in the G20 for its "irresponsible" nuclear threats 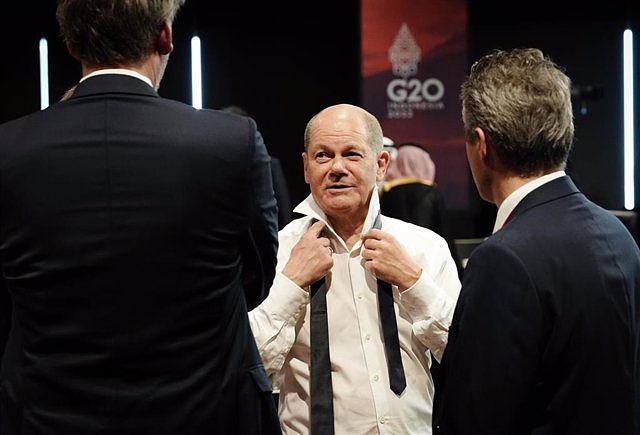 The chancellor of Germany, Olaf Scholz, has condemned the "irresponsible gestures of nuclear threat" launched by Russia, within the framework of a G20 summit in which the Russian president, Vladimir Putin, does not participate, despite appearing on the official list of guests.

"President Putin deliberately pursues a new escalation," Scholz lamented in his speech. The foreign minister hopes that the summit will serve to send a "clear and common signal" that the use of atomic weapons, and even the mere threat, "are and continue to be inadmissible."

Scholz has warned that Putin and his faithful will be responsible for the serious economic and social crisis that has spread throughout the world and has stressed that the "vast majority" of those attending the Indonesian forum condemn the offensive launched in February about Ukraine.

The war in Ukraine dominates much of the debate at the G20 leaders' meeting. The Russian delegation is headed by Foreign Minister Sergei Lavrov.

‹ ›
Keywords:
AlemaniaRusiaVladimir Putin
Your comment has been forwarded to the administrator for approval.×
Warning! Will constitute a criminal offense, illegal, threatening, offensive, insulting and swearing, derogatory, defamatory, vulgar, pornographic, indecent, personality rights, damaging or similar nature in the nature of all kinds of financial content, legal, criminal and administrative responsibility for the content of the sender member / members are belong.
Related News