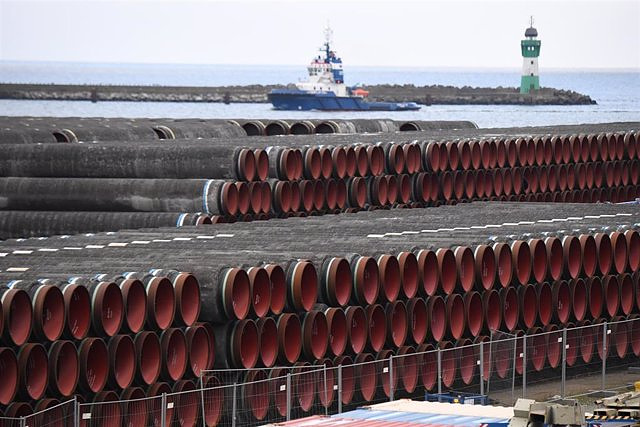 The Russian Federal Security Service (FSB) has reported on Thursday that it has managed to thwart an alleged terrorist attack against the South Stream gas pipeline, which allows natural gas to be transported from Russian territory to countries such as Bulgaria, Italy and Austria.

Thus, the Russian authorities have indicated that several people of Russian nationality have been arrested for their alleged involvement in the "sabotage plan", according to information from the TASS news agency.

"As a result of a complex operation, Intelligence has prevented an attempt at sabotage and an act of terrorism by the Ukrainian special services against the South Stream gas pipeline, which allows energy to be brought to Turkey and other parts of Europe," the statement said. Center for Public Relations of Russia (CSO).

Thus, it has indicated that the "Russian citizens involved in the preparation of the terrorist attack have been detained" and has explained that explosive materials have been seized.

The FSB Investigation Department has thus opened an investigation into the case, while charging the detainees with acquisition, transfer, storage and possession of explosives or explosive devices.

‹ ›
Keywords:
RusiaBulgariaTerrorismoItaliaAustriaUcrania
Your comment has been forwarded to the administrator for approval.×
Warning! Will constitute a criminal offense, illegal, threatening, offensive, insulting and swearing, derogatory, defamatory, vulgar, pornographic, indecent, personality rights, damaging or similar nature in the nature of all kinds of financial content, legal, criminal and administrative responsibility for the content of the sender member / members are belong.
Related News