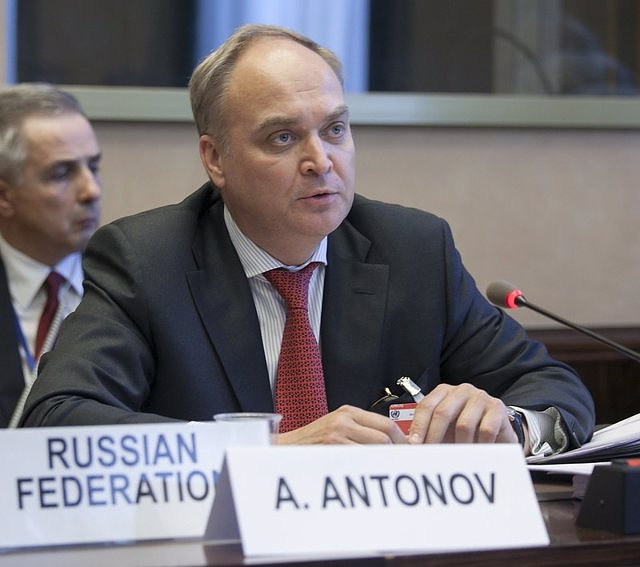 The Russian ambassador to the United States, Anatoli Antonov, has threatened on Tuesday to destroy US M1 Abrams tanks, as well as other military equipment from NATO countries, if they decide to supply them to Ukraine.

This has been stated by the Russian ambassador in Washington in statements collected by TASS in response to the possibility that Germany authorizes the shipment of Leopard 2 tanks to kyiv, as German media have pointed out.

"There is no doubt that if the decision is made to transfer M1 Abrams to kyiv, our military will destroy American tanks in the same way that all other samples of NATO equipment are destroyed," Antonov asserted, assuring that Washington is "deliberately" trying to inflict a strategic defeat on Russia.

"An analysis of the entire sequence of actions by Washington shows that the Americans are constantly increasing military assistance to their puppets," he argued, detailing that during the course of the war in Ukraine information has been leaked to the media on the eve of major deliveries of arms and equipment to kyiv, as reported by the aforementioned media.

Antonov has accused the United States of giving the "green light to the use of American aid to attack Crimea," allegedly covering up crimes against the population of the Donbas, Zaporiyia and Jershon regions.

Previously, it has emerged that the United States Government is considering the possibility of sending a significant number of Abrams M1 tanks to Ukraine as part of an agreement with Germany to unlock the delivery of its Leopard 2, as reported in its edition this Tuesday. the American newspaper 'The Wall Street Journal'.

Likewise, after several weeks of pressure on Berlin by Western powers --especially Poland and the Baltic countries--, the German Chancellor, Olaf Scholz, would have agreed to supply these battle tanks to Ukraine, according to DPA. However, at the moment there is no official confirmation from the German Executive.

Ukraine has been insistently in recent weeks demanding from its partners the delivery of German Leopard tanks, which need prior authorization from Berlin, whose reluctance had revealed a new disagreement between kyiv's allies, especially with regard to Poland and the Baltic countries, the most critical and belligerent with the suspicions of Germany.

‹ ›
Keywords:
Estados UnidosRusiaUcraniaOTAN
Your comment has been forwarded to the administrator for approval.×
Warning! Will constitute a criminal offense, illegal, threatening, offensive, insulting and swearing, derogatory, defamatory, vulgar, pornographic, indecent, personality rights, damaging or similar nature in the nature of all kinds of financial content, legal, criminal and administrative responsibility for the content of the sender member / members are belong.
Related News