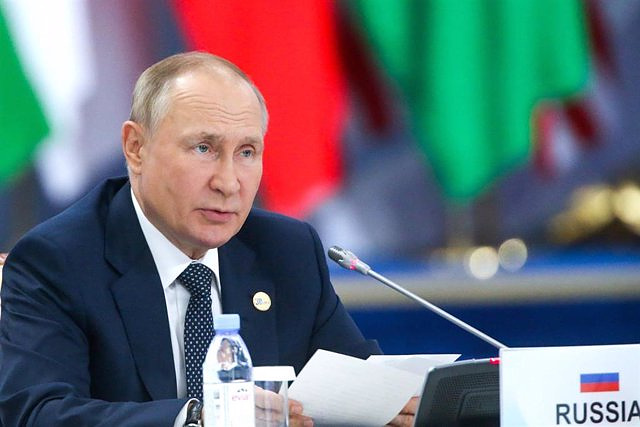 The Russian government has assured this Thursday that on Wednesday it carried out a series of "massive" attacks by land, sea and air against the "command and control system" of the Ukrainian Army, including targets "related to energy facilities" .

Thus, he has stated that "as a result of the attacks, the transfer to combat zones by rail of reserves of the Ukrainian Armed Forces, foreign weapons, military equipment and ammunition was altered", according to the Russian news agency Interfax. .

Konashenkov has denied that Russia attacked targets in or around the capital, kyiv, stressing that "all the destruction announced by the kyiv regime in the city was the result of missiles from Ukrainian and foreign air defense systems deployed in residential areas of the capital".

For his part, the Kremlin spokesman, Dimitri Peskov, has stressed that Moscow does not attack "social facilities" in Ukraine. "Attention is paid to this," he pointed out, before indicating that "targets directly or indirectly related to (Ukrainian) military potential are likely to be defeated."

"Ukrainian leadership has a chance to normalize the situation and has every chance to resolve the situation in a way that meets Russia's requirements and stops any possible suffering on the part of civil society," Peskov concluded.

Ukrainian President Volodymyr Zelensky denounced before the United Nations Security Council on Wednesday that Russia's attacks on Ukraine's energy infrastructure are crimes against humanity and stated that, in conditions in which the population endures sub-zero temperatures and tens of millions of people are left without electricity, these bombings are the "Russian formula for terror".