Russia extends until December 6 the terrorist alert in the Belgorod region, bordering Ukraine 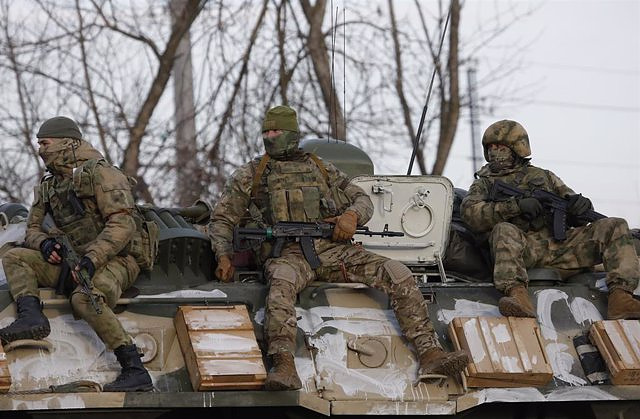 The Russian authorities have announced on Monday a new two-week extension, until December 6, of the level of terrorist alert in the Belgorod region, located in the west of the country, on the border with Ukraine.

Thus, the governor of the region, Viacheslav Gladkov, has given the 'green light' to the extension of the yellow alert due to the high risk of "terrorist acts" in Belgorod and as a measure to guarantee decision-making aimed at "counteracting" possible attacks.

The regional authorities have recommended that residents avoid as much as possible going to crowded places, not accepting packages or other suspicious items, as well as immediately reporting any type of anomaly to security agencies.

The regions of Belgorod and its neighbor to the north, Kursk, have repeatedly denounced attacks by the Ukrainian Army, within the framework of the invasion initiated by order of Moscow, which days before had recognized the independence of the self-proclaimed republics of Donetsk and Lugansk, located in eastern Ukraine and the scene of a conflict since 2014.

‹ ›
Keywords:
RusiaTerrorismoUcrania
Your comment has been forwarded to the administrator for approval.×
Warning! Will constitute a criminal offense, illegal, threatening, offensive, insulting and swearing, derogatory, defamatory, vulgar, pornographic, indecent, personality rights, damaging or similar nature in the nature of all kinds of financial content, legal, criminal and administrative responsibility for the content of the sender member / members are belong.
Related News