Russia evacuates the vulnerable population of Nova Kakhovka, on the east bank of the Dnieper River, on Saturday 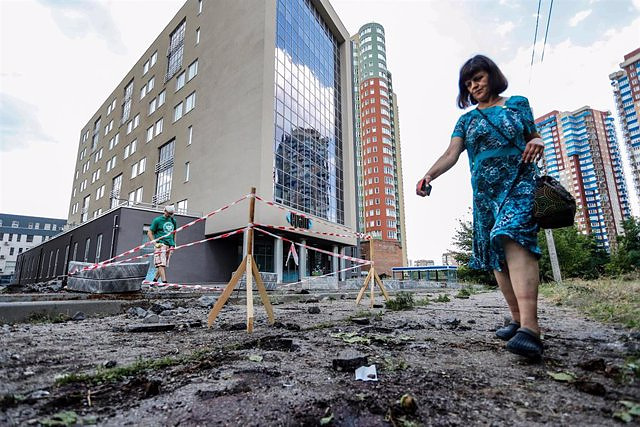 The Russian authorities of the occupied city of Nova Kajovka, in eastern Ukraine, have announced the beginning, starting this Saturday, of the evacuation process of the vulnerable population in this town that has housed hundreds of civilians and soldiers who have crossed the Dnieper river after the Ukrainian liberation of Kherson, on the other bank.

The head of the Russian military-civilian administration of the city, Pavel Filipchuk, had already ordered in mid-November the beginning of the evacuation procedure in the direction of the Russian town of Tuapse, in the Krasnodar region, 500 kilometers west of Kherson and passing the Crimean peninsula.

Nova Kajovja and the surrounding towns have finished becoming in the last week the new combat front in the southeast of Ukraine, where the Ukrainian forces await the arrival of frost to cross the river despite the enormous deterioration of the various bridges that they cross it.

"The authorities of the municipality of Kakhovka inform that next Saturday, December 3, they will begin the evacuation of the first category of residents of the city of Nova Kakhovka, on the left bank of the Dnieper, a zone of shelling by Ukrainian artillery," according to a message posted on his Telegram account, and collected by the TASS agency

This "first category" mainly comprises "sick and disabled" who will be evacuated to the port city of Genichesk, 120 kilometers to the east, just at the entrance to the Crimean peninsula, under complete Russian control.