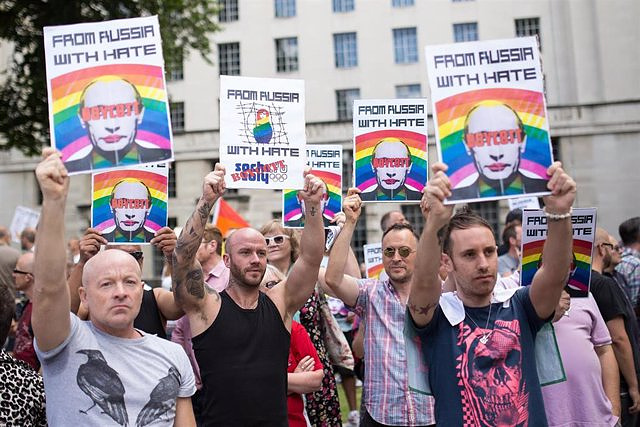 The Russian Embassy in Washington has denounced "interference in internal affairs" after US criticism of a recent bill, approved by the Duma, which aims to ban LGBT propaganda.

"We take note of the statements of several US officials who criticize the bill (...) to prohibit the dissemination of propaganda about non-traditional sexual relations, pedophilia or information that provokes the desire to change sex," the legation pointed out. Russian diplomat in the United States.

From the Russian Embassy they have demanded that the US authorities "respect the choice" of Russian citizenship and adhere to "the moral guidelines that are transmitted from generation to generation and underlie Russian civil identity", according to the news agency. TASS.

In their plea, the Russian representatives stressed that the authorities of the Eurasian country "always" have defended "traditional family values" and have rejected attempts by foreign nations to "impose" their "pseudoliberal and perverted" ideas.

The Russian Duma approved on Wednesday in second reading a bill that increases administrative fines against those who promote LGBT "propaganda" in the country, a measure that has aroused much criticism from international human rights organizations.

With this reform, the criteria established in a 2013 law are tightened. This will allow the Russian authorities to prosecute any type of content considered contrary to traditional values ​​on the Internet, media, books, films and advertisements.

The United States, for its part, came forward to warn that the tightening of legislation by Russia against LGTBI "propaganda" is a "hard blow" to the Human Rights of the people who make up said community.

These words expressed by the Secretary of State of the United States, Antony Blinken, have been the cause of the statement released now by the Russian Embassy in Washington.

‹ ›
Keywords:
Estados UnidosRusiaColectivo LGBT
Your comment has been forwarded to the administrator for approval.×
Warning! Will constitute a criminal offense, illegal, threatening, offensive, insulting and swearing, derogatory, defamatory, vulgar, pornographic, indecent, personality rights, damaging or similar nature in the nature of all kinds of financial content, legal, criminal and administrative responsibility for the content of the sender member / members are belong.
Related News