The authorities established in Energodar speak of "false information" published by Ukrainian media. 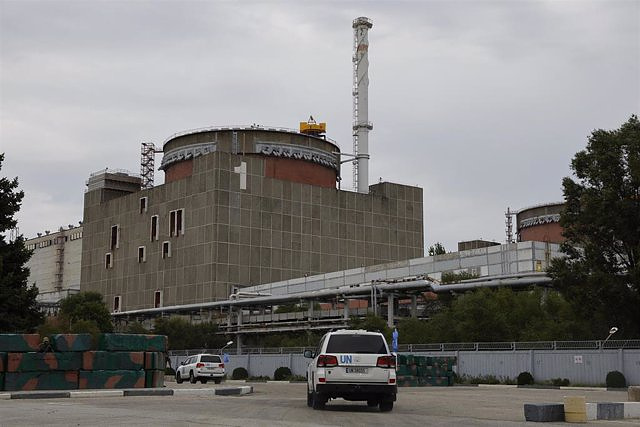 The administration established by Russia in the Ukrainian city of Energodar has denied the existence of plans for the withdrawal of Russian forces from the Zaporizhia nuclear power plant, the largest in Europe, and has pointed to "false information" published by Ukrainian media. .

The Energodar military and civilian administration has stated that "despite the falsehoods in the Ukrainian media, the Zaporizhia nuclear power plant remains under Russian control," amid reports of a possible withdrawal of Russian troops from Energodar.

"This information is not true," he stressed in a message on his Telegram account, before recalling that the Russian company Rosenegoatom announced on November 25 plans to create a second power supply source for the nuclear power plant.

Likewise, it has emphasized that "the transfer of personnel from the Ukrainian jurisdiction to the Organization for Operations at the Zaporizhia Nuclear Power Plant continues as planned." "Employees, including operations staff, have signed labor agreements with the new employer," she explained.

The authorities have highlighted that he now has "higher salaries" than before and has stressed that "Energodar residents, including employees of the Zaporizhia nuclear power plant, have Russian passports."

"As of today, the operational safety of the nuclear power plant is fully guaranteed, largely thanks to its personnel, who understand that this is Russian territory for a long time," he said, while insisting that residents "They should trust only official Russian sources."

"Remember that the Ukrainian special services seek to sow panic in the cities liberated by Russia and distort the statements of officials in favor of their own interests," the Energodar civil-military authority has riveted.