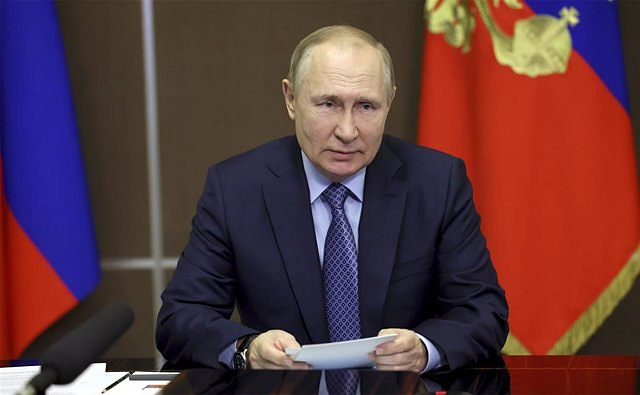 The Russian Government has approved this Tuesday a list of 74 foreign companies with which it prohibits maintaining cooperative relations at a military and technical level, within the framework of its response to international sanctions for the invasion of Ukraine.

"The Government has approved a list of legal entities for which special economic measures will be applied within the framework of military and technical cooperation," said the Executive, detailing that the companies have their headquarters in Germany, Bulgaria, Canada, Czech Republic, Estonia, Lithuania, Montenegro, Poland, United Kingdom, Slovakia, and United States.

Thus, he has emphasized that "transactions in the field of military and technical cooperation are prohibited with the companies on this list" and added that the resolution has been approved after a decree signed by the Russian president, Vladimir Putin, on "response measures" to international sanctions.

Russia is facing a battery of international sanctions due to the invasion of Ukraine, unleashed on February 24 by order of Putin, who days before had recognized the independence of the self-proclaimed republics of Donetsk and Lugansk, the epicenter of a conflict since 2014.

‹ ›
Keywords:
RusiaUcrania
Your comment has been forwarded to the administrator for approval.×
Warning! Will constitute a criminal offense, illegal, threatening, offensive, insulting and swearing, derogatory, defamatory, vulgar, pornographic, indecent, personality rights, damaging or similar nature in the nature of all kinds of financial content, legal, criminal and administrative responsibility for the content of the sender member / members are belong.