Russia approves its Zircon hypersonic missiles in the Atlantic 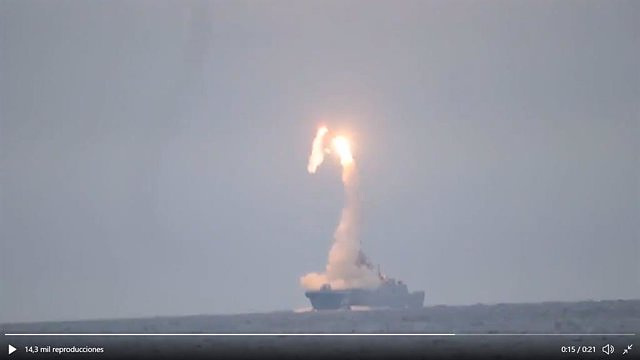 The frigate 'Admiral Gorshkov' of the Russian Navy has put its Zircon hypersonic missiles to the test on Wednesday in a series of maneuvers carried out in the Atlantic, where they have simulated an attack against an objective of the Russian forces that was supposedly at 900 kilometers away.

The Russian Ministry of Defense has indicated that "the crew of the frigate have carried out maneuvers to test the use of hypersonic missiles through simulation", it has asserted before indicating that the troops have shown "a great capacity for cooperation" during the exercises, as reported by the TASS news agency.

The authorities have also indicated that the Russian forces plan to carry out a series of joint military exercises with the South African Army against the country, as well as with China.