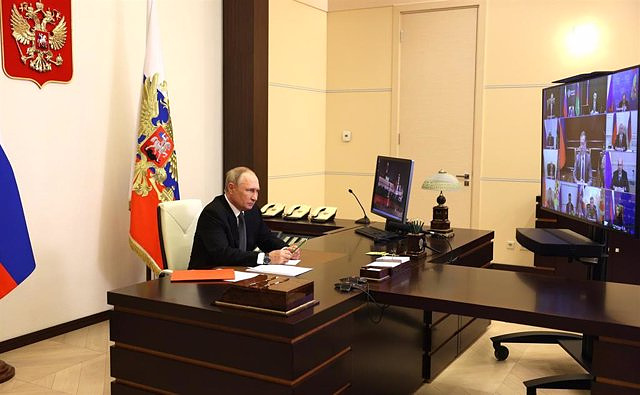 The President of Russia, Vladimir Putin, received this Friday a delegation of mothers of Russian soldiers who died during the war in Ukraine, to whom he has conveyed the Government's condolences at their loss.

One of the latest official Russian estimates of combat casualties, provided in September by Defense Minister Sergei Shoigu, points to almost 6,000 soldiers killed during the first six months of the conflict, which began in February.

However, the Ukrainian Armed Forces have assured that around 85,000 Russian soldiers have died in combat while the United States spoke of "more than 100,000 Russian casualties", between dead and wounded, before adding that the figures among the Ukrainian ranks " They are probably similar."

"There are not enough words for those who have lost their children, but I want them to know that I, as well as the government of this country, share this pain," said the Russian president.

"Nothing can replace a child, the loss of a child, especially for a mother, to whom we owe our sustenance and food," added the president, who described the participants in the invasion of Ukraine as "heroes." collects the Russian agency TASS.

"No one but them and their closest commanders, who are by their side, know how hard this work is and the danger it implies for their lives," he said.