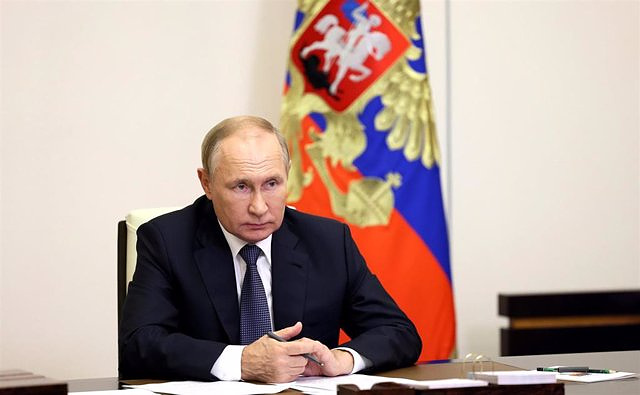 Russian President Vladimir Putin formalized this Friday the appointment of a new ambassador to Spain, weeks after the government accepted Moscow's proposal to try to keep diplomatic channels open amid escalating tensions over Ukraine.

The decrees published by Moscow imply the replacement of the current ambassador, Yuri Korchagin, and his replacement by Yuri Klimenko, who will also serve as Russian representative to Andorra and to the World Tourism Organization (UNWTO), based in Madrid. Klimenko already served as consul in Barcelona.

The current ambassador had been in the post since 2012 and, since Putin ordered the invasion of Ukraine in February, he had been summoned twice by the Ministry of Foreign Affairs, to convey to him in both cases the Spanish discontent over the military offensive.

Despite these discrepancies, the Executive of Pedro Sánchez granted the required approval for the new Russian representative in October, alleging that it was the only way to continue maintaining diplomatic channels between the two countries. The EU has adopted several rounds of sanctions against Russia in retaliation for the war.