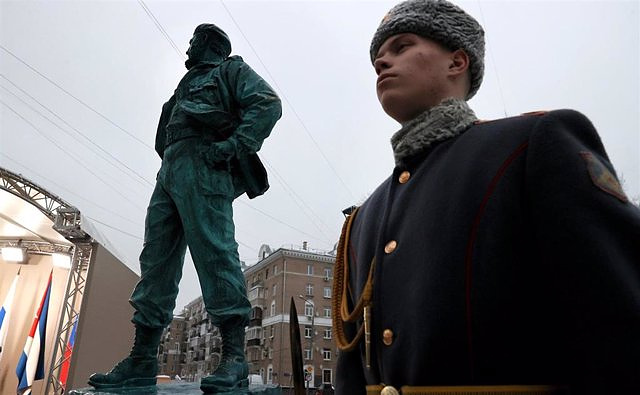 The President of Russia, Vladimir Putin, and his Cuban counterpart, Miguel Díaz-Canel, have inaugurated this Tuesday in Moscow a statue in honor of the late Cuban leader Fidel Castro, as part of a visit with which both countries have shown their good harmony politics and have laid the foundations for continuing to strengthen economic ties.

During the ceremony, a bronze statue was discovered next to which Putin and Díaz-Canel have placed an offering of flowers. The Russian president recalled the "hours of talks" with Castro, whom he once again praised as a world reference.

"He said that every country had the right to develop freely, to choose its path, and that dictatorships, looting and neo-colonialism have no place in a just world," Putin said, according to the TASS news agency.

The President of Russia has advocated continuing to collaborate with Cuba to "defend the great values ​​of equality, equity and justice", now together with a Díaz-Canel who has also taken the opportunity to recall Fidel Castro's historic links with their Soviet contemporaries.

The current Cuban president has advocated "deepening relations" with Russia despite the "difficulties." Thus, he has called for increased investment, in a series of meetings that have also included meetings with Patriarch Kirill or former President Dimitri Medvedev.

The Cuban government has criticized in recent months the sanctions imposed by the international community against Russian authorities and companies and, in general terms, adheres to Moscow's discourse on the military offensive launched in Ukrainian territory.

‹ ›
Keywords:
RusiaVladimir PutinFidel Castro
Your comment has been forwarded to the administrator for approval.×
Warning! Will constitute a criminal offense, illegal, threatening, offensive, insulting and swearing, derogatory, defamatory, vulgar, pornographic, indecent, personality rights, damaging or similar nature in the nature of all kinds of financial content, legal, criminal and administrative responsibility for the content of the sender member / members are belong.
Related News