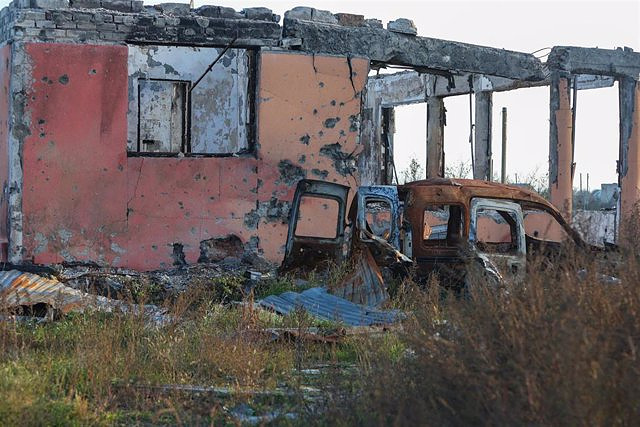 The authorities established by Russia in the Ukrainian region of Kherson have denounced on Monday the death of a person in a mortar attack carried out by the Ukrainian Army against the town of Nova Kajovka.

The local administration has indicated that "during the afternoon of November 27, the center of Nova Kajovka was the target of a mortar attack" and has pointed out that "according to preliminary information, a woman was killed and a man was injured."

Thus, he has stressed through a message published on his Telegram account that the projectiles hit a nine-story residential building and has indicated that damage has also been recorded in several adjacent buildings.

The head of the Russian military-civilian administration of the occupied city of Nova Kakhovka ordered on November 12 the immediate "evacuation" of the population and the authorities in view of the possible arrival of the Ukrainian military in this city, on the eastern bank of the Dnieper River, as long as they manage to cross a bridge badly damaged by the fighting.

In this way, the town and its surroundings became fortified areas to resist the Ukrainian advance, while the citizens began a journey in the direction of the Russian town of Tuapse, in the Krasnodar region, 500 kilometers east of Kherson.